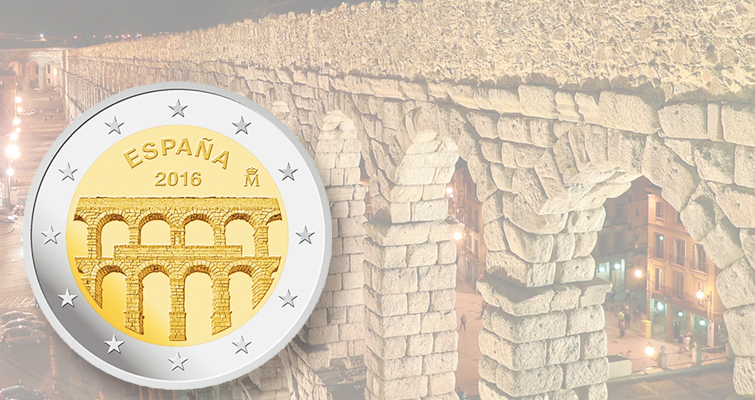 Spain continues its series of circulating commemorative €2 coins in 2016 by honoring the aqueducts of Segovia.

The subject of the 2016 ringed-bimetallic coin, the seventh in the series, is slated to honor Segovia and its famous Roman aqueduct, which was built around 50 B.C.

The architecture is notable for featuring two tiers of arches and 221 colossal pillars. Though some other Spanish aqueducts survive, none is as large and complete as that found in Segovia.

The city is also known for the royal palace and Gothic cathedral, and as the site of the now-restored Segovia Mint.

The Segovia Mint is known for the giant silver 50-real coins and gold 100-escudo coins that were struck there from 1609 to 1682 in extremely limited quantities and only upon authorization from the king.

The core of the obverse of the 2016 coin depicts in the foreground the aqueduct of Segovia, with the nation’s name in Spanish, year of issue and the Mint mark appearing above the main design. The obverse’s outer ring depicts the 12 stars of the European flag.

The reverse carries the common European map design, also surrounded by the 12 stars.

As with all circulating commemorative €2 coins, the 2016 Segovia coin will be legal tender throughout the eurozone. 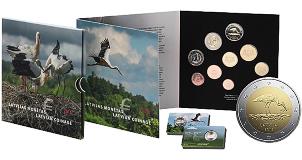 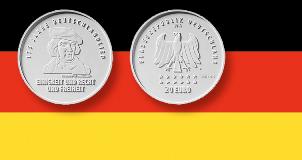