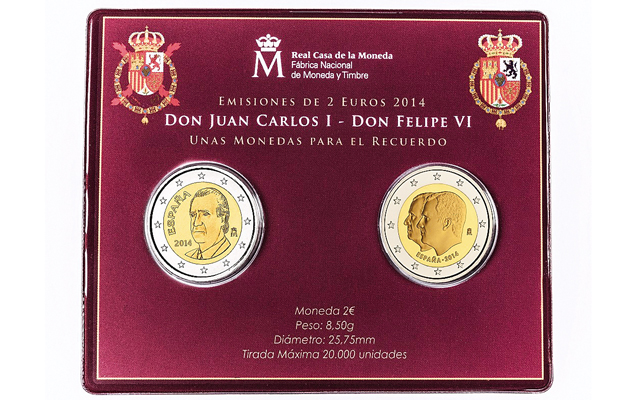 Spain’s new 2014 circulating commemorative €2 coin introducing the new head of the Spanish monarchy, King Felipe VI, to coinage, is available in a set along with the 2014 €2 coin showing his father, Juan Carlos. 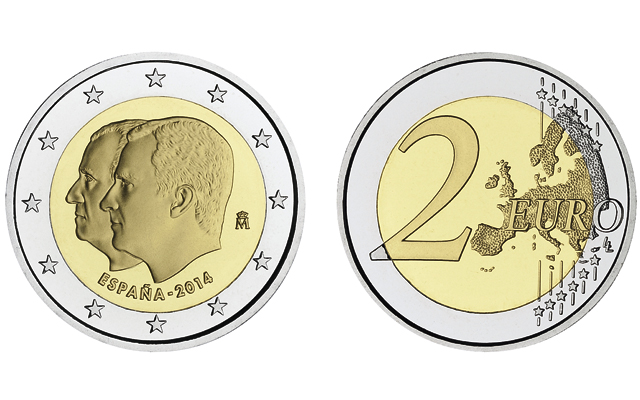 Spain’s newest circulating commemorative €2 coin introduces the new head of the Spanish monarchy, King Felipe VI, portraying him along with his father. 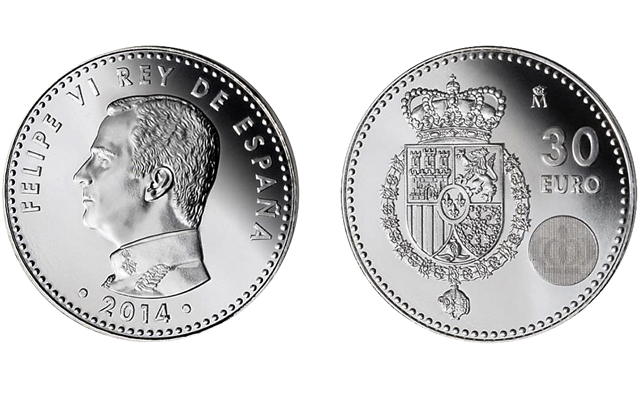 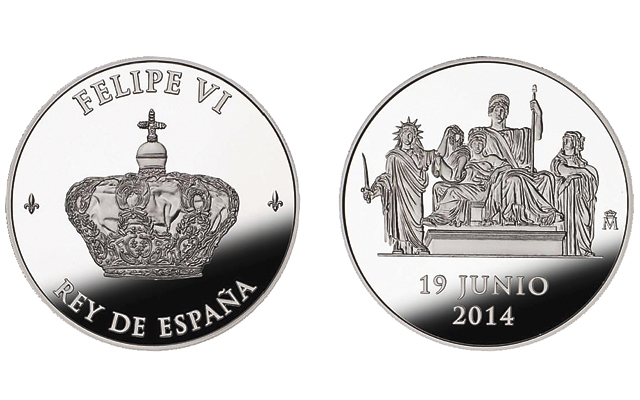 A special proclamation medal marks the June 19, 2014, ascension of the new monarch, Felipe VI, to the throne, continuing a tradition that dates back centuries. 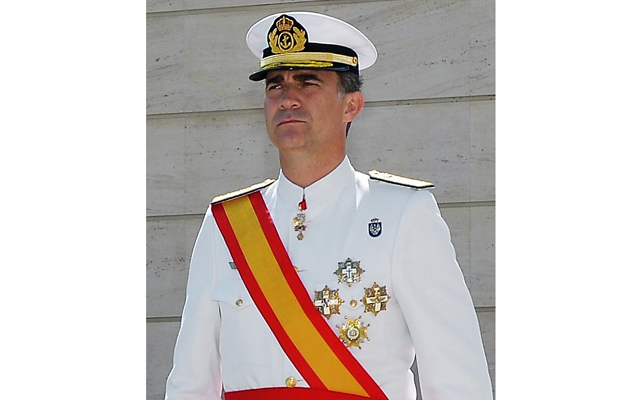 Felipe VI became Spain’s king on June 19, 2014, upon the abdication of his father, King Juan Carlos.

Felipe VI became king upon the abdication of his predecessor and father, Juan Carlos IV.

The Royal Mint of Spain is issuing a circulating commemorative €2 coin showing both the new ruler and his father, and a Brilliant Uncirculated .925 fine silver commemorative €30 coin with Felipe VI solely in the spotlight. These are the first Spanish coins — circulating and commemorative — to honor King Felipe VI.

In addition, a Proof finish silver medal marks the change in Spanish monarchy.

As with all €2 coins, the 2014 Spain €2 coin for Felipe VI is a ringed-bimetallic piece, with its main design motif in the center and the 12 stars of the European flag in the outer ring.

The reverse shows the common design of a world map focused on Europe.

The silver €30 coin reverse shows the coat of arms of the new king and features a round area with a quadruple latent image where, depending on the angle of vision, four different images can be separately seen: a crown, a fleur-de-lis, the Mint mark of the Royal Mint of Spain, and the year of mintage.

The medal continues a tradition of honoring historical events of such significance with proclamation medals, according to the Mint, that dates back centuries. Proclamation medals are often collected in complement to historic Spanish and Spanish Colonial coins.

The obverse of the 2014 medal shows the royal crown flanked by the fleur-de-lis, the emblem of the Bourbon Dynasty. In the legend, reference is made for the first time to the name of the new monarch, Felipe VI, alongside the title, King of Spain.

The reverse shows, as a central motif, the sculptural assemblage on the frontispiece of the Spanish Congress, beneath which is the date of the proclamation of Felipe VI's kingship, June 19, 2014.

The €2 coin is available from circulation at face value, or in Brilliant Uncirculated condition inside a collector coin card, along with a BU example of the 2014 €2 showing Juan Carlos. A total of 20,000 of the sets are available, and they retail for €14.88.

The silver €30 coin weighs 27 grams, measures 40 millimeters in diameter and has a mintage of 1 million pieces, an enormously high mintage for a modern Spanish commemorative coin. The coin is packaged in a blister pack.

No other pricing was available for this launch.

An update to all eight circulating denominations to feature King Felipe VI’s individual effigy will debut in 2015.

To order the coins, visit the Royal Mint of Spain’s website.