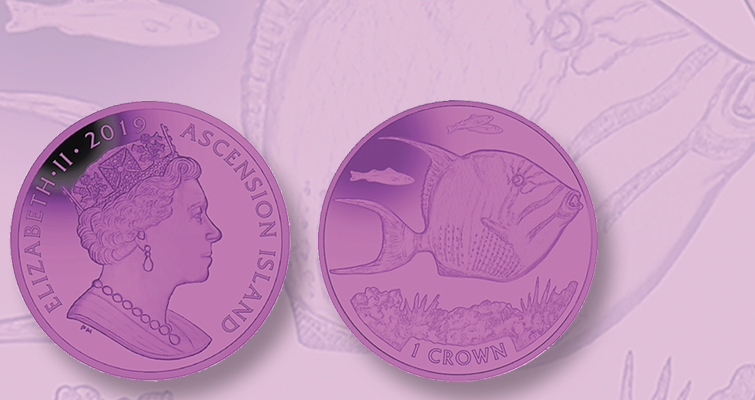 Unusual in both appearance and biology, the queen triggerfish appears on titanium and copper-nickel 1-crown coins for Ascension Island, from Pobjoy Mint. 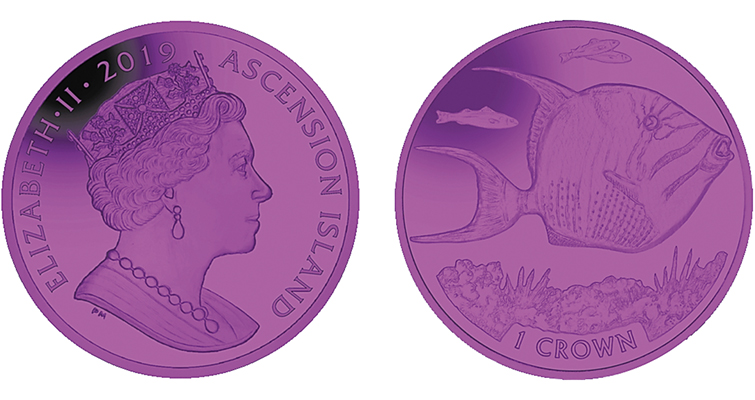 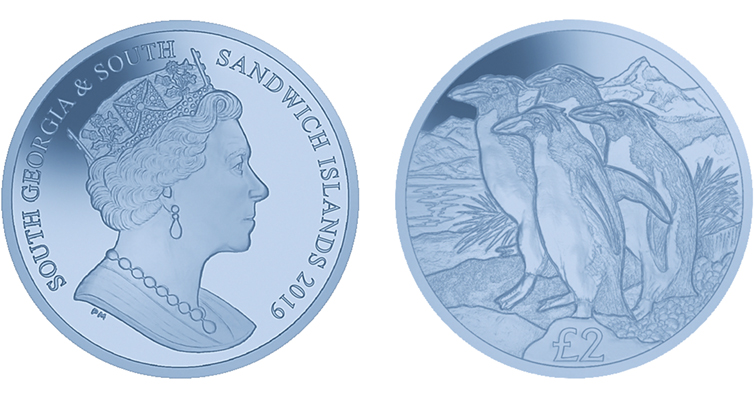 The macaroni penguin appears on the coins of the South Georgia and Sandwich Islands in pale blue titanium.

Two distinctive animals native to the South Atlantic, the queen triggerfish and the macaroni penguin, are featured on coins of Ascension Island and of South Georgia and South Sandwich Islands being minted in 2019 by the Pobjoy Mint.

The coins will be released in both titanium and copper-nickel, in both Proof and Uncirculated finishes. The titanium coins will be issued in two different colors, pale blue for the £2 Macaroni Penguin coins and purple for the 1-crown Queen Triggerfish coins.

Ascension Island fall under the administration of Saint Helena, so the 2019 coins featuring the queen triggerfish are denominated as St. Helena crowns.

Pobjoy Mint is striking all the coins, as it does under contract for many UK protectorates. Both titanium coins have limited mintages: 10,000 of the pale blue Macaroni Penguin coins, and 7,500 of the purple Queen Triggerfish coins.

Depicted on the pale blue titanium coin for the South Georgia and South Sandwich Islands, the macaroni penguin is native to the South Atlantic, found on island chains north of Antarctica and on the tip of the Antarctic peninsula.

The bird’s distinctive yellow tuft above its eyes reminded some 18th century observers of a faddish, or “macaroni,” hairstyle. The penguins, the most populous birds on Antarctica, have experienced serious population declines despite the large colonies they live in. Between the mid-1970s and the mid-1990s, 50 percent of the population disappeared, after a die off of krill attributed to climate change. Conservation efforts are ongoing.

With a peculiarly-shaped face and regal colors of purple, blue, gold and green, the queen triggerfish on the coins for Ascension Island dwells in the reefs around Cape Verde, the Azores and, naturally, Ascension Island. Spines on their anterior and dorsal fins help them secure themselves in crevices to sleep at night and a specialized membrane allows them to make a throbbing sound to scare away other fish. They also have very sharp teeth.

While they haven’t experienced quite the precipitous decline as the macaroni penguin, the damage climate change is doing to their reef habitats presents an existential challenge to the queen triggerfish.

Both coins feature on their obverses an effigy of Queen Elizabeth II that is special to Pobjoy Mint’s strikings for British Commonwealth territories.

The coins can be ordered from the Pobjoy Mint beginning April 1. Titanium coins of either design cost $47.50 each, and the copper-nickel Uncirculated coins cost $14.95 each. 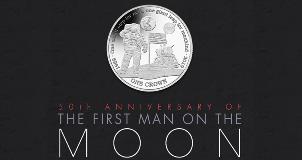 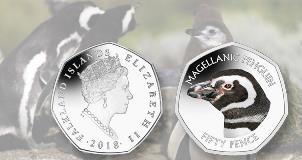 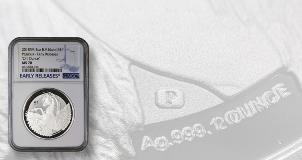