Some things change, some stay the same 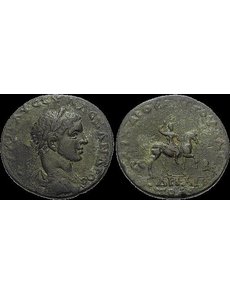 This 32-millimeter bronze coin of Hadrianopolis-Sebaste, in Phrygia, was struck for the Roman Emperor Severus Alexander (A.D. 222 to 235). Though possibly unique, its value to modern collectors is modest. 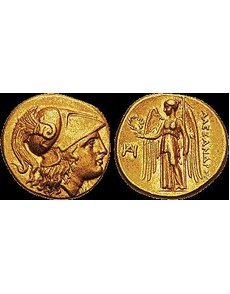 Barclay Head reports that in the late 19th century, gold staters of Alexander III “the Great” (336 to 323 B.C.) were worth only a little more than bullion. Today, they bring a significant premium. 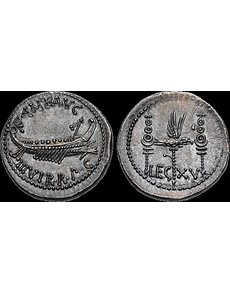 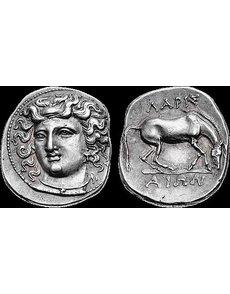 Ancient Greek coins of fine style now bring great premiums. This silver drachm of Larissa from the mid-fourth century B.C. or later is common, yet highly valued if struck with exceptional dies.

If one thing is consistent in the world of art and collectibles, it is that tastes are always changing.

Things that were all the rage 50 years ago may be out of fashion at the moment, and coins that once were scornfully overlooked might now be on everyone’s “want list.”

The high grade Julius Caesar “elephant denarius” that today is so prized was not so admired a century ago because it was a common, “generic” coin. Far more attention would have been lavished on a rare but unattractive Roman provincial coin that today is only in minimal demand even though only a handful may exist.

Sometimes these evolutions in taste are impossible to explain, and other times they are the result of changes in supply or even in how the coins are studied.

Such evolutions can be documented in many ways. One way is to compare the current market with the views of Barclay Head (1844 to 1914), who served as keeper of the Department of Coins and Medals at the British Museum from 1893 to 1906.

Head was an extraordinary numismatist who wrote (or co-wrote) 11 of the British Museum’s catalogs of Greek coins, and in 1887 released Historia Numorum, which to this day remains the best single-volume book devoted to ancient Greek coins.

Sometime in the late 19th century, in a collector’s handbook, he wrote: “The prices which Greek coins fetch at sales depend upon their rarity, their state of preservation, and their size, not much upon the artistic or the historical interest, or upon the metal of which they are composed.”

In his commentary, Head lists six aspects that are liable to affect price of a collectible ancient coin. He describes rarity, condition and size as active factors, yet he did not consider artistry, historical interest or metal composition to be of much significance in motivating collector interest.

Each of Head’s aspects is worth closer examination in helping us to understand how collectors’ tastes have changed over some 125 years.

Head lists rarity as one of the factors that contribute to value. The same is true today, with rare pieces typically commanding more than common ones. However, rarity is no longer valued as greatly as it was in Head’s day.

In modern times rarity is not important in any absolute sense — rarity must have context for it to spark collector interest. Rarity greatly increases price when a coin is important or interesting, but it has virtually no effect if the coin is otherwise uninspiring.

All other aspects being equal, a larger coin will be more valuable than a smaller one. This is just as true today as it was in the late 19th century.

It is especially interesting that Head considered an ancient Greek coin’s size to be a factor in price determination, yet not the metal in which it was struck. In doing so he suggests that, all else being equal, a collector would not necessarily value a gold coin more than one of silver or copper.

There is no reason to doubt what Head reports, for he was among the most experienced numismatists of his day. That being the case, we can appreciate just how much the times have changed: Today, it would have to be an astonishing Phrygian bronze to fetch nearly 20 times the price of a gold stater of Alexander.

As Head’s own work as an academic shows, quality of artistry and historical importance were points of interest in his day, though he did not consider them to be significant forces in price determination.

Nothing could be further from the truth today. Artistry is arguably the principal reason ancient Greek coins are collected now, and the better the art, the stronger the demand. All else being equal, a Greek coin of superb style will bring a significant premium over a coin of average style.

It is more difficult to interpret Head’s comment on historical interest being unimportant to collector demand, for it certainly is today. Even in the 19th century it was important for Roman coins, for which so many historical types are known. However, he may have said this because — unlike Roman coins — it is unusual for Greek coins to have any precise historical context.

Head identifies condition as one of the aspects affecting the price of a Greek coin to collectors. This is equally true today, if not more so. Especially in the last few decades, condition has become an all-important factor. People will often collect coins that don’t especially interest them simply because they are affordable in top grade.

This trend — far more pronounced now than in Head’s time — has driven up prices on high-grade ancient coins across the board, leaving very few specialties in which a collector of modest means can compete for top-quality material. These areas still exist, though, and it is the task (and the triumph) of a resourceful collector to discover them.

We may end our brief survey with another of Head’s observations that remains true to this day: “A coin from a well-known cabinet will always fetch more when sold than an equally fine specimen of which the antecedents are unknown.”

Coins with good pedigrees still fetch a premium over “anonymous” ones of equal quality because we prize the idea that some distinguished collector in the past was equally beguiled by a coin from which we derive such profound joy. ¦