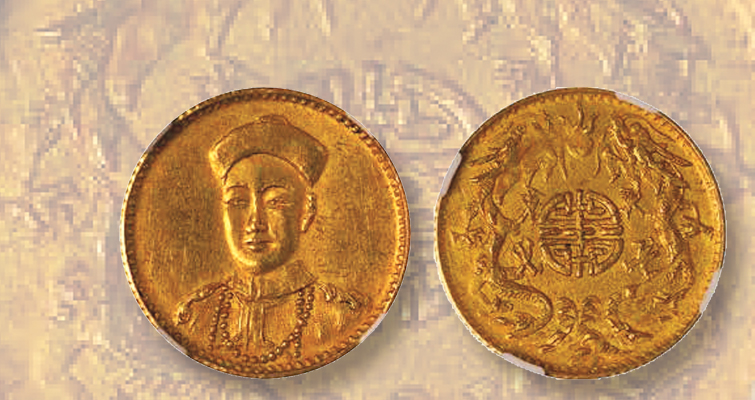 But one class of fakes from China, more appropriately dubbed “fantasies,” has a dedicated collector base today. These are historical issues, time being one major difference between these and the magnitude of modern minted material.

Baldwin’s of St. James’s June 25 Hong Kong auction included one such piece with a compelling result.

The piece is graded Mint State 63 by Numismatic Guaranty Corp., and purportedly shows Chinese emperor Kuang Hsü, who reigned from 1875 to 1908.

The undated piece features a facing bust wearing a small hat on the obverse, and dragons around a symbol on the reverse.

The fantasy is not a true fake, as it does not replicate a known genuine issue.
Eduard Kann, in Illustrated Catalog of Chinese Coins: Gold, Silver, Nickel & Aluminum, classifies this piece as Kann B92.

Fantasy coins of Chinese vintage feature “decorative imagery, supplemented by whimsical inscriptions” and were designed and struck privately by people working “underground,” according to Kann.

“Their number is legion,” he wrote. “In the course of decades these privately manufactured round metal discs have found their way into the United States, having been brought in by tourists, soldiers and sailors who had passed through Chinese ports.”

Opinions differ as to the collectibility of the myriad fantasy pieces, but Kann and other resources catalog them to alert collectors to their existence. Grading services and auction houses similarly offer their services to honor the market for these pieces while noting their status as fantasies.

But as Kann wrote, “The compiler of this catalog will not assume any liability for having presented his bona fide views, leaving it to the individual collector to agree — or disagree — with him.” 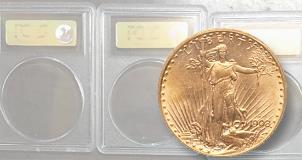 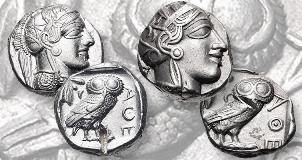 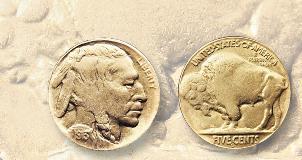