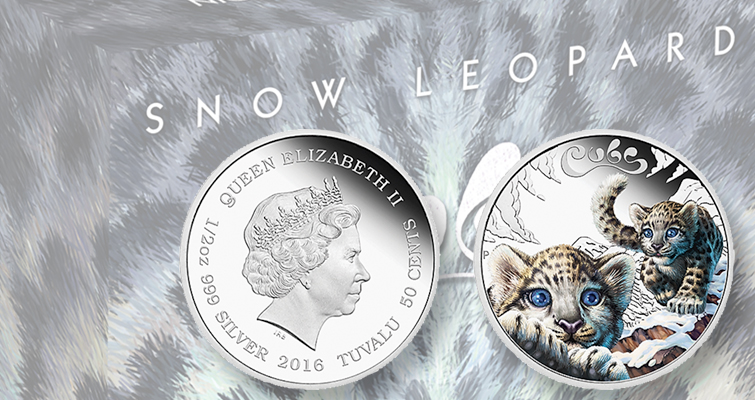 Snow Leopard cubs gaze at the viewer on the Perth Mint’s latest Proof silver 50-cent coin from Tuvalu, the third in a series featuring cubs of big cats.

These rare and beautiful leopards live in the steep and rocky alpine regions of Central Asia. They are insulated by thick hair, and their wide fur-covered feet act as natural snowshoes. Snow leopards have powerful legs and they are able to jump as far as 15 meters. They use their long tails for balance and as blankets to cover sensitive body parts against severe mountain chill.

The coin’s reverse features two colorized snow leopard cubs in the mountains in Central Asia. The inscription CUBS and the Perth Mint’s P Mint mark also appear in the design, which was created by Tom Vaughan.

The Ian Rank-Broadley effigy of Queen Elizabeth II appears on the obverse of the coin, along with the year date and the denomination.

This coin is housed in a classic Perth Mint presentation case within a themed shipper and is accompanied by a numbered certificate of authenticity.

The Snow Leopard Cubs coin follows the release of coins for tiger and jaguar cubs. The final two releases in the five-coin series will depict white lion and lynx cubs.

All of the coins in the series, no matter the design, each weigh 15.591 grams, measure 32.6 millimeters in diameter and have a maximum mintage of 5,000 pieces.

To order any of the Cubs coins, visit the distributor website. 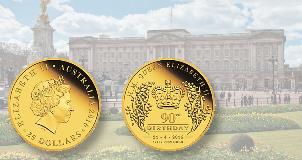