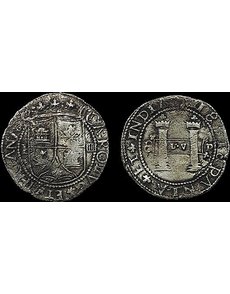 Ten silver coins from the Santo Domingo Mint in what is now the Dominican Republic were found in a shipwreck off that nation’s coast. The coins will be offered in an Oct. 30 auction. The highlight is the finest of three 4-real pieces found in the wreck. It has an estimate of $7,000 to $10,000. 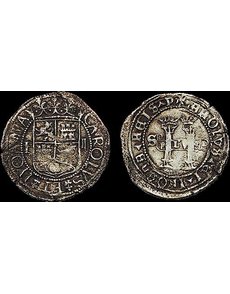 One of five 2-real Santo Domingo Mint coins in the Sedwick auction, and one of 27 known, Lot 326 was struck on a broad, thin planchet, shows bold legends and exhibits minimal corrosion. It has an estimate of $3,000 to $4,500. 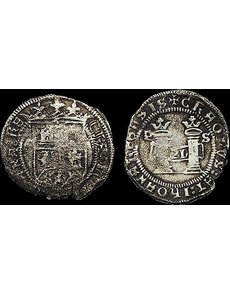 Downing’s census found 19 1-real coins, including the example being sold as Lot 331, the only coin of that denomination in the auction. Exhibiting surface corrosion and “attractively toned,” the coin is estimated at $2,500 to $3,750. 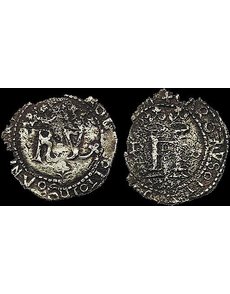 The final Santo Domingo Mint coin in the auction is a half-real, one of 11 such coins tallied in a census accompanying the catalog. It is estimated at $1,750 to $2,500. 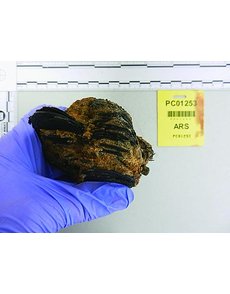 Clump of coins was recovered from the site known as the Pewter Wreck. Ten coins of the Santo Domingo Mint from the reign of Charles and Joanna were among the coins that were recovered. 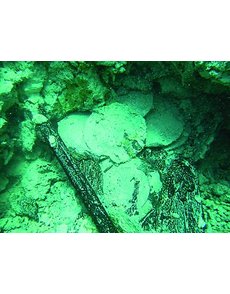 The ship’s identity is unknown today, but it is called the Pewter Wreck because of the pewter plates found at the wreck site, as shown here.