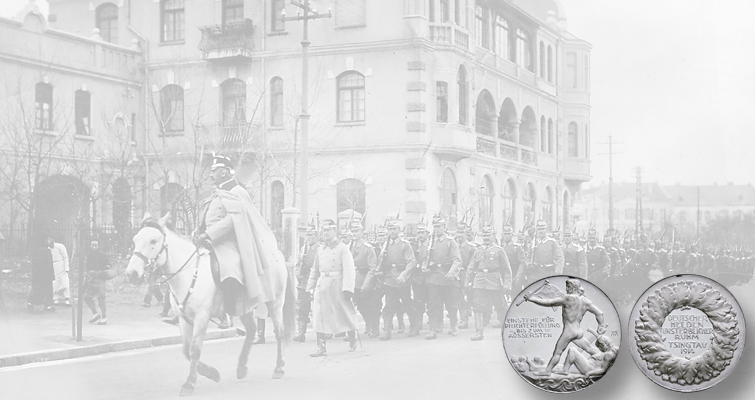 A Proof silver medal from Germany marks the siege of Tsingtao in China during World War I.

When thinking of World War I medals from Germany, it might be easy to fixate on those from Karl Goetz, but other talented artists were busy creating their own designs.

A silver medal from this era offered in online auction Dec. 1 by Teutoburger Munzauktion illustrates one of the options outside of the more famous oeuvre.

These commemorative medals measure about 33.5 millimeters in diameter, are usually struck in silver, in medium relief, imitating the 19th century talers of so many German states.

Most are cataloged in Deutsche Silbermedaillen des I. Weltkriegs by Georg Zetzmann (published in 2002). The example in the Dec. 1 auction is classified as Zetzmann 4060.

The silver medal measures 33 millimeters in diameter (within the normal range) and weighs 14.41 grams (slightly heavier than a silver half dollar).

Subject of the medal

The medal commemorates the soldiers who defended the German port of Tsingtao (now Qingdao) in China during World War I from the attack by Japan and the United Kingdom. The siege was the first encounter between Japanese and German forces, the first Anglo-Japanese operation of the war, and the only major land battle in the Asian and Pacific theater during World War I.

Artist A. Hummel designed the piece for Lauer.

It shows on the obverse a nude warrior with sword and flag advancing left with fallen comrade behind.

The obverse text is from the telegram that Governor Meyer-Waldeck sent to Kaiser Wilhelm II at the beginning of the siege, apparently translating to “Take responsibility for the fulfillment of duty to the extreme.”

The reverse inscription (inside an oak wreath) translates to “German hero of immortal glory Tsingtau.” 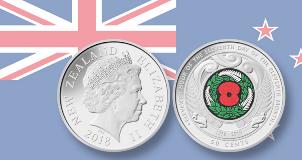 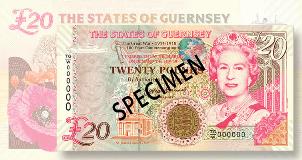 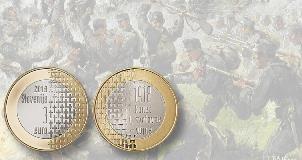