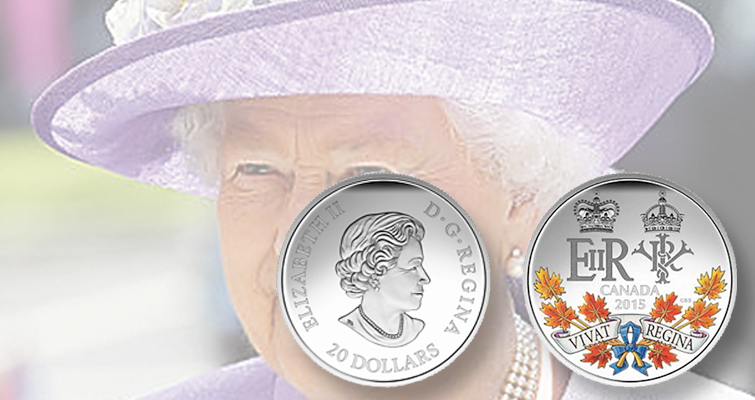 Canada's Republic Now is urging the Royal Canadian Mint and Canada Post to discontinue use of the portrait of Queen Elizabeth II on coins and stamps.

The Toronto Sun reported in January that a group called Canada’s Republic Now insists that the Royal Canadian Mint and Canada Post remove Queen Elizabeth II, the longest-reigning monarch in modern history, from the country's stamps and coins.

“The stamps and coins of an independent nation on the eve of its 150th anniversary should celebrate its own people and achievements, not those living in the palaces of a foreign nation,” the Sun quoted Wayne Adam, of Canada's Republic Now, as saying.

The group is arguing that the country's current prime minister is a better candidate than the queen, who appears on the obverse of most Canadian coins.

2. Speaking of the Royal Canadian Mint ...

Continuing a global trend, the Royal Canadian Mint has minted a curved coin, to honor the 140th anniversary of the Library of Parliament.

"Canada’s Proof 2016 Ultra-High Relief .999 fine silver $25 coin, with Antique finish, honors the 140th anniversary of the Library of Parliament with a view directed into its domed ceiling revealing detail of the Library’s neo-gothic architecture."

The coin features Queen Elizabeth on its obverse, of course.

The Shawnee National Forest quarter was released last week during an event in southern Illinois.

The Feb. 4 launch ceremony was attended by more than 1,300 people, among them some 550 schoolchildren. It took place at Southeastern Illinois College’s Deaton Gymnasium in Harrisburg, Ill.

Check out three interesting stories from the last several days: 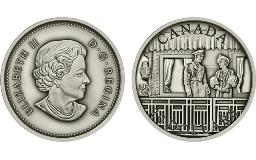