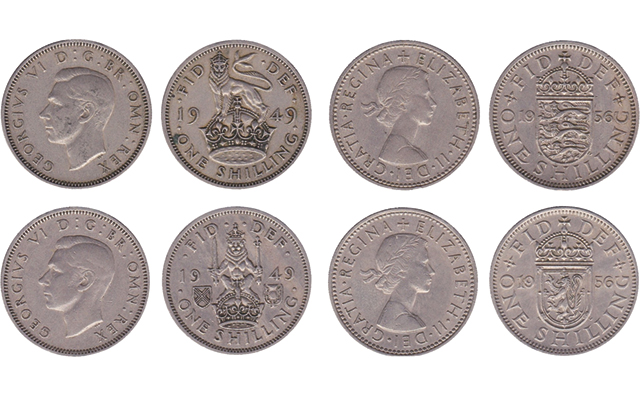 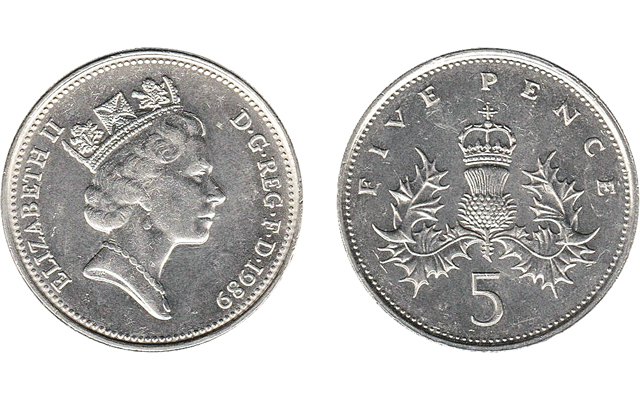 After decimalization, the crowned Scottish thistle was selected to appear on the 5-pence coin (which was originally called the 5-new-pence), where it remained until a 2008 redesign. 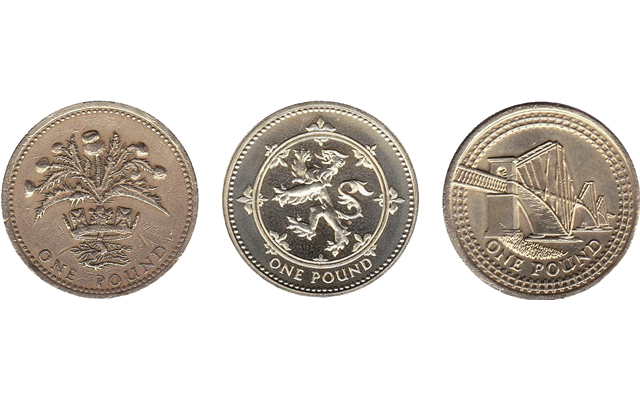 The £1 coin has been a changing canvas since it debuted in 1983, with several designs celebrating Scotland as a member of the United Kingdom. The

Voters in the United Kingdom in an election Sept. 18 decided to remain united, so Scotland will not have to consider a new currency in the future.

England, Wales, Northern Ireland, and Scotland have a numismatic history that is irrevocably intertwined.

It was the Act of Union in 1707 that brought Scotland into the Union of Great Britain, which officially came into effect during the reign of Queen Anne in 1707.

From 1707 to 1710 the new union underwent a recoinage of silver coins to align the systems, and since then, Scotland has used the circulating coins of England.

However, in 1937, as new designs were being prepared for King George VI, who was placed upon the throne upon his brother’s abdication as King Edward VIII, a push to honor the new queen consort with a Scottish design gained traction. From 1937 to 1970, during the reign of two monarchs and in changing alloys, Scottish and English shillings circulated alongside each other.

In British Coins and Their Designers, Howard W.A. Linecar confirms that “the Scottish shilling was brought into being by pressure from the Scots.”

That George's wife, Lady Elizabeth Bowes-Lyon, who would later be referred to as “the Queen Mother,” was Scottish was a convenient fact for the Scots.

“Sir Robert Johnson, the then Deputy Master [of the Royal Mint], turned [the Scottish shilling] into a compliment to the Queen Consort, which, in view of her Scottish ancestry, was graciously accepted.”

A large sideways-turned lion, but facing the viewer, appears atop a large crown on the English shilling.

On the Scottish shilling, a smaller lion faces the viewer directly, and holds a sword in one paw and a scepter in the other. At the sides are shields bearing St. Andrew’s cross and the Scottish thistle. The thistle is the national flower of Scotland.

When Queen Elizabeth II succeded her father, the shillings were redesigned, and the joint circulation of two designs for different constituencies was continued.

The crown remained on the new coins, but three lions passant graced the reverse of the English shilling, while a single lion rampant was found on the Scottish shilling.

When the first decimal coins were issued in 1968, the practice of issuing two designs for the same denomination ended. That change did not spell the end of Scottish themes on coins of the United Kingdom, however.

As part of Christopher Ironsides suite of designs, the 5-penny coin (then called the 5-new-pence) reverse shows a royally crowned thistle, the badge of Scotland.

When Matthew Dent won the design competition for new U.K. coins introduced in 2008, that single element was removed in favor of a design showing a piece of the larger royal coat of arms.

Since almost the earliest days of its introduction in 1983, the £1 coin has also given a nod to Scotland.

Beginning in 1984, the United Kingdom launched the first of four new reverse designs, one per year, with each element honoring one of the four constituents of the U.K.

In 1984, the coin shows the Scottish thistle, and its edge lettering reads NEMO ME IMPUNE LACESSIT, which means “No One Provokes Me with Impunity.”

It comes from the motto of the Order of the Thistle. The motto appears on coins dated 1984, 1989, 1994 and 1999, to coincide with some of the special designs symbolic of Scotland’s place in the United Kingdom.

Another group of new designs, issued one per year, was launched  in 1994. Each design was reused five years after its initial release, so in 1994 and 1999 a lion rampant design reflected Scotland.

Four bridge designs, again reflecting each of the constituents, were released from 2004 to 2007, and the lead design shows Scotland’s Forth Bridge.

Two more programs offering groups of four designs have been issued, showing the official badges of the capital cities of the United Kingdom in 2010 and 2011, and the floral emblems in 2013 and 2014. The Scottish designs were issued in 2011 and 2014, respectively.

Despite the vote, the place of Scottish elements on the “round pound” was in jeopardy anyway. Just six days before the vote, the Royal Mint announced details about a contest to redesign the £1 coin, which will be launched in 2017.

That coin will not be round, and the design must be emblematic of all the United Kingdom, not just one nation in the union.

The fate of the United Kingdom has not changed, for now, and the future designs may change, but the coins will remain a reminder to the 300+ years of union between Scotland and England.