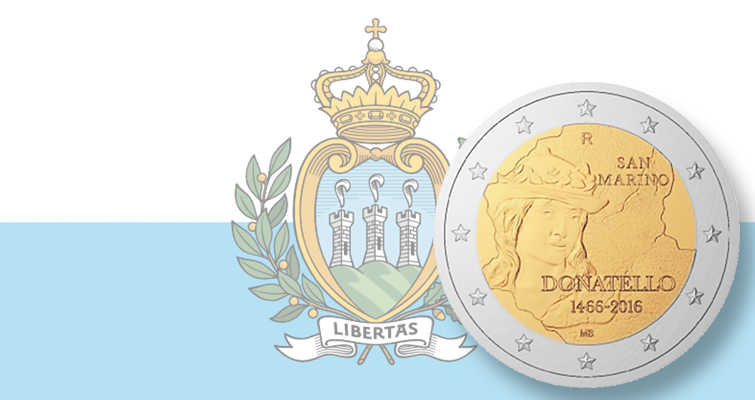 San Marino honors the death anniversary of Renaissance artist Donatello on a €2 coin.

The Republic of San Marino is marking the 550th anniversary of the death of early Renaissance artist Donatello with a €2 coin.

Donatello created two statues of the biblical hero David, an early work in marble of a clothed figure (1408 to 1409), and a far more famous bronze figure that is nude between its helmet and boots, that dates to the 1430s or later. Both are now in the Museo Nazionale del Bargello in Florence

The head on the latter statue was selected to appear on San Marino’s Donatello coin. In addition, the nation’s name, DONATELLO, the year dates 1466 and 2016 and other text appear on the obverse.

Though the €2 denomination is a circulating coin, few if any of the €2 coins with commemorative designs actually circulate in San Marino, and the coins are geared toward collectors.