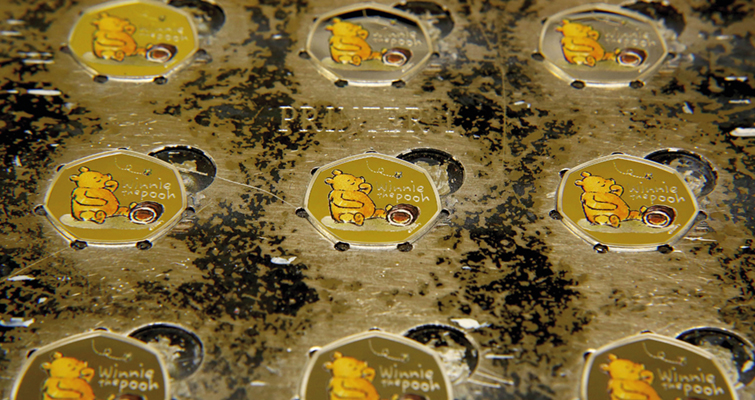 Three 2020 50-penny coins from the Royal Mint kick off a series of nine coins celebrating Winnie the Pooh.

Winnie the Pooh is a lovable fictional anthropomorphic teddy bear created by English author A.A. Milne, known around the world, or certainly the English-speaking portion.

The character and his friends are now making their way to 50-penny coins from the Royal Mint.

These coins are being issued for collectors only and will not be released into circulation to fulfill coinage needs.

Created in collaboration with Disney, the 50-penny coins are using the original and instantly recognizable watercolor illustrations by E.H. Shepard, with the first coin design showing Winnie-the-Pooh at his happiest — with a jar of his favorite honey.

Birth of Winnie the Pooh

Winnie-the-Pooh was first published in 1926 by A.A. Milne and was inspired by his son, Christopher Robin Milne, who was born 100 years ago this year. Winnie-the-Pooh was based on Christopher’s teddy bear, Edward. Father and son then renamed him Winnie, after a black bear called Winnie that lived in London Zoo, and Pooh, after a swan they met on holiday.

These stories from a father to his son have now been published in countries across the world, making Winnie-the-Pooh a global icon and a key part of the childhood and lives of millions of people.

Daniel Thorne is a product designer at the Royal Mint and worked on the Winnie-the-Pooh commemorative coin.

He said, in a press release: “Working with original illustrations from E.H. Shepard, supplied to us by Disney, my biggest priority with the coin’s design was to ensure we do these wonderful images justice. ... Bringing the illustrations of E.H. Shepard to life took a lot of craft and care,” he said. “Winnie-the-Pooh was a huge part of my childhood and forms some of my fondest memories. So I wanted to make sure this series of coins truly encapsulated the spirit of Pooh Bear and all his friends. Creating these coins was a labour of love and I hope that collectors can appreciate the beauty in each and every design in the range.”

The limited-edition commemorative coins are available in a range of options.

The base metal and silver coins each weigh 8 grams, and the gold coins weigh 15.5 grams.

All of the coins measure 27.3 millimeters in diameter and feature the Jody Clark effigy of Queen Elizabeth II on the obverse.

The plain base metal coins have an unlimited mintage and a price of £10 each.

The colorful versions of the coins are limited to 45,000 per design and retail for £20 each.

The first coin, depicting Pooh, is available now, with the second coin (depicting Christopher Robin) coming later in October, and the third coin (for Piglet) following in November.

Six more coins will follow over the next two years.

Customers can lock in all nine coins in the program now, with billing to occur as each coin is released, but the Royal Mint cautions that, even for the base metal versions, “prices are subject to change due to fluctuations in raw material.”

Orders are limited to 10 coins per design for the plain base metal version, and five sets of the colorful coins. 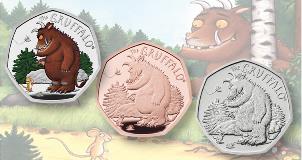 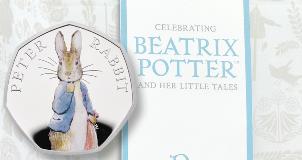 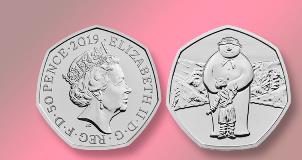