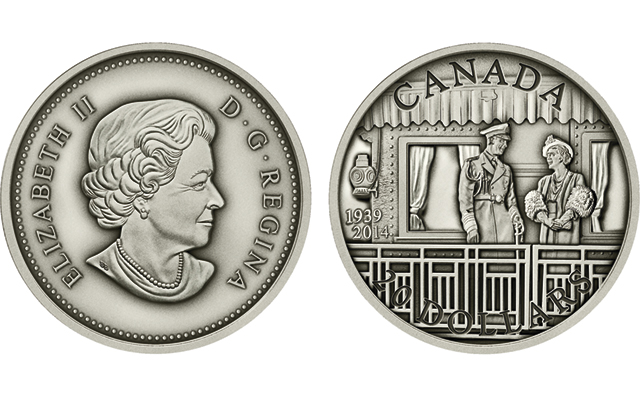 King George VI and Queen Elizabeth greet a crowd from the back of the royal train during their 1939 Royal Visit to Canada, as seen on the reverse of a new Antique Finish silver $20 coin from Canada. 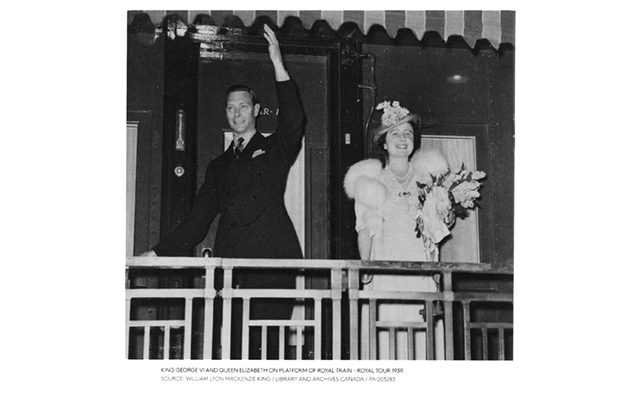 This photograph, as seen in Royal Canadian Mint literature, is among those that served as reference material for the RCM engravers who created the design for the Antique Finish silver $20 coin marking the Royal Visit anniversary. 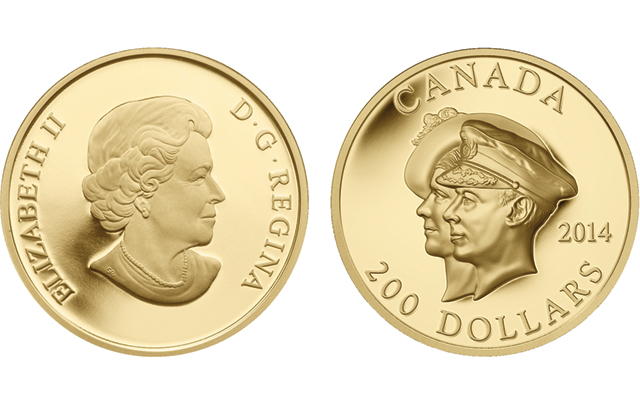 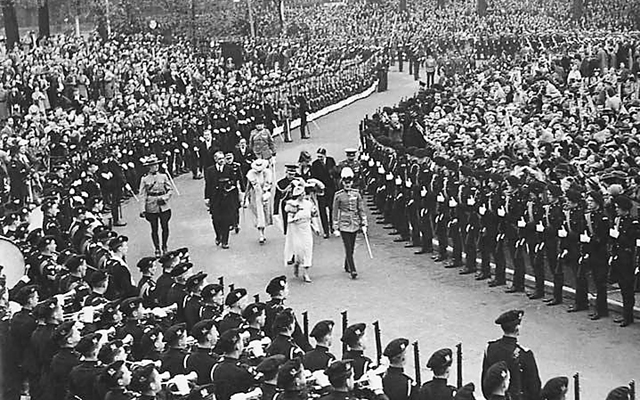 King George VI and Queen Elizabeth proceed along the ceremonial route in Toronto during the 1939 Royal Tour of Canada.

In 1939, King George VI and Queen Elizabeth visited Canada and the United States on a grand tour, the first time reigning monarchs had visited North America.

The Royal Canadian Mint celebrates the 75th anniversary of the tour with three collector coins, released May 6.

The royal tour was more than two years in the making; a grand 29-day voyage across Canada from east to west and back again — almost 14,000 kilometers (8,699 miles) by rail. It also included a brief foray into the United States.

The trip had large geopolitical meanings and was seen as necessary to shore up support in both Canada and the United States for the pending war.

All of the coins feature Susanna Blunt’s effigy of the current monarch, Queen Elizabeth II, on the obverse.

The reverse of the silver $20 coin is borrowed from a popular archival photograph taken during the visit. The king and queen appear on a platform on the final car of the royal train, where they would disembark and board the train, in a scene that is “one of the most memorable moments from the tour,” according to the RCM.

The king is in military dress and the queen wears white gloves, pearls and fur cuffs.

The Antique Finish (usually used for medals) accents the historic nature of the scene, according to the RCM.

The other two coins share the same basic design and are both struck in what the RCM calls "Ultra High Relief."

The silver $25 and gold $200 coins are struck four times using special tooling and blanks developed specifically for the ultra high relief, and then polished by hand.

Normally reserved for large medals, the technique is used to “create an effigy that literally rises from the coin’s surface, like a sculpture,” according to the RCM.

Based on historical archived photos, RCM engravers show effigies of the king and queen as they appeared during the tour.