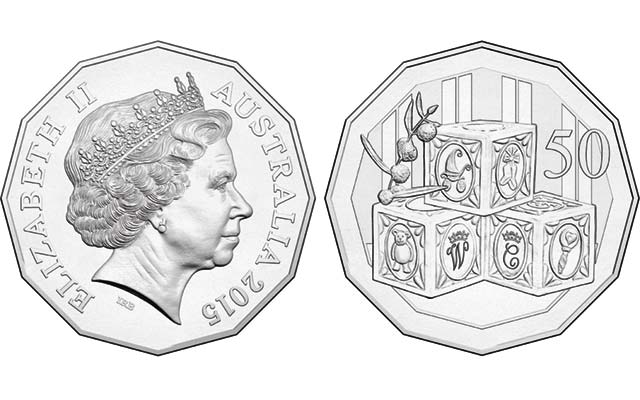 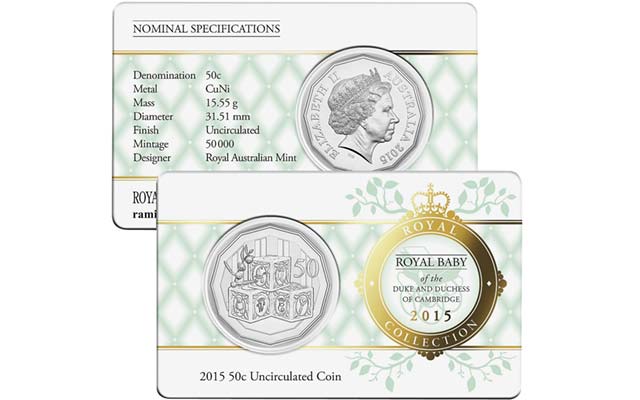 The Uncirculated version has a mintage limit of 50,000 pieces and is presented in a collector card. 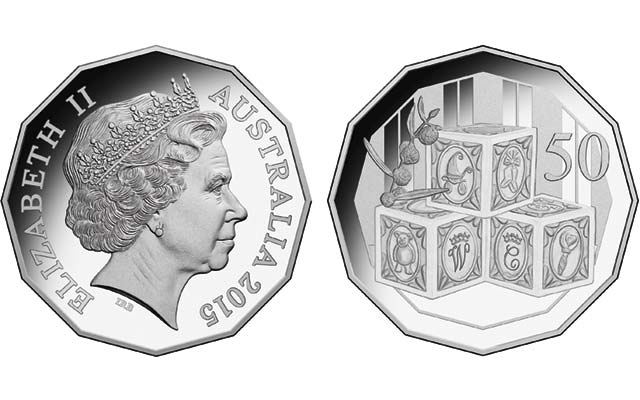 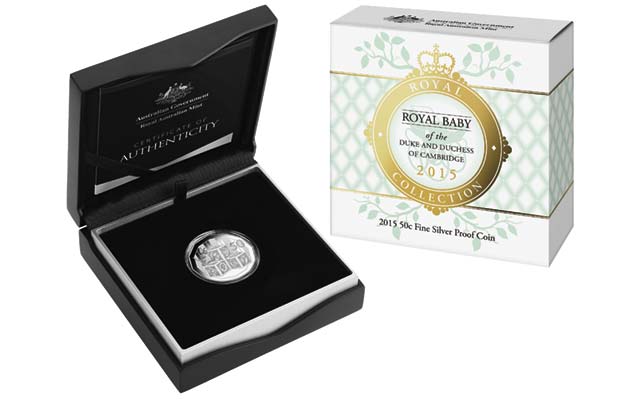 The Proof silver coin is packaged in a display case inside a colorful cardboard box.

The Royal Australian Mint has joined the celebration of the birth of Princess Charlotte Elizabeth Diana by issuing commemorative 50-cent coins.

The two lower blocks each bear an initial, one a W and the other a C, the initials of William and Catherine, with a baby rattle on Catherine’s block and a teddy bear on William’s block.

Another block stacked atop the pair displays a baby stroller and booties. A sprig of golden wattle (Acacia pycnantha), Australia's national flower, is added at left for an Austalian touch and symbolizes the strong relationship between the royal family and Australia, according to the RAM.

Two versions of the 2015 coin are issued, an Uncirculated coin composed of copper-nickel and Proof .999 fine silver version, each measuring 31.51 millimeters in diameter.

The Uncirculated version weighs 15.55 grams, has a mintage limit of 50,000 pieces, and retails for $10 Australian.

To order the coins, visit the Royal Australian Mint's e-shop.