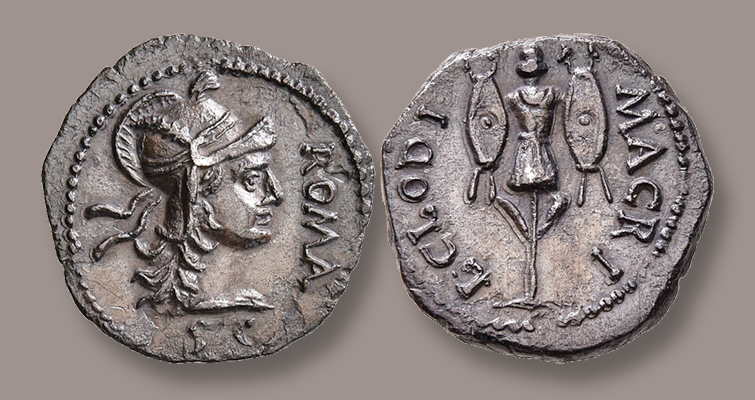 Clodius Macer was a usurper whose claim was short-lived, and his coinage is scarce. The sixth known example of this coin type realized a hammer price of 30,000 Swiss francs ($30,015 U.S.) in an Oct. 27 auction in Zurich.

The sixth known example of a silver denarius of a specific type of the usurper L. Clodius Macer was sold during Leu Numismatik’s Oct. 27 auction in Zurich.

The coin was issued by an uncertain mint in North Africa in the spring to summer of A.D. 68. It realized a hammer price of 30,000 Swiss francs ($30,015 U.S.). The buyer’s fee is 20 percent, with an additional charge depending on bidding method.

The coinage of Clodius Macer, the legatus augusti propraetore africae, who revolted against Nero in the spring of 68, is among the most fascinating of the Roman Imperial series.

Macer’s base of power was the Legio III Augusta, the African legion stationed in Ammaedara, but the greater threat to Nero’s regime was the fact that he controlled the grain supply from the fertile African provinces to Rome.

Macer’s coinage consists of seven main types with some very distinct characteristics, most notably the absence of his portrait on all but the latest issue, the unusual use of the genitive in his name, the refusal to claim any imperial titles and the appearance of S C (indicating Senatus Consulto, or “with permission of the Senate”) on all of his coins, all of which undoubtedly reflect the offhanded nature of his rebellion, as does the usually poor workmanship and the crude engraving of the dies.

This coin’s type is classified as Group F or Group 6, in which it is one of six known examples.

The issue shows the head of Roma on the obverse and a trophy on the reverse, both of which are distinctly Republican and reflect imperatorial numismatic motives, further underlined by the legends and their arrangements: while ROMA – S C on the obverse boasts the Senatorial traditions of the “res publica” (the state or republic), the appearance of Macer’s name on the reverse without any titles is in the style of the coinage of Republican moneyers.

Perhaps not surprisingly, Macer’s luck faded when Galba succeeded to the throne after Nero’s suicide in June.

Unwilling to tolerate a rival to the throne and pressured by the need to supply the Roman plebs with grain, the new princeps had the African rebel executed by one of his procurators sometime in the fall of 68.

Macer’s newly established African mint (probably Carthage) was taken over by Galba, but the rebel’s coinage was almost certainly immediately recalled and melted after his downfall, thus explaining its extreme rarity today. 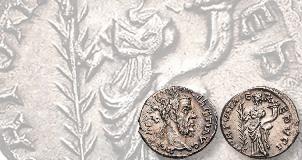 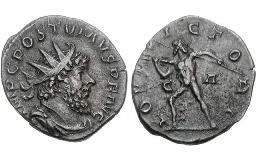 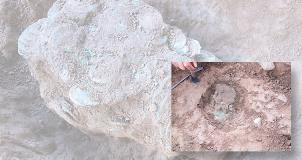