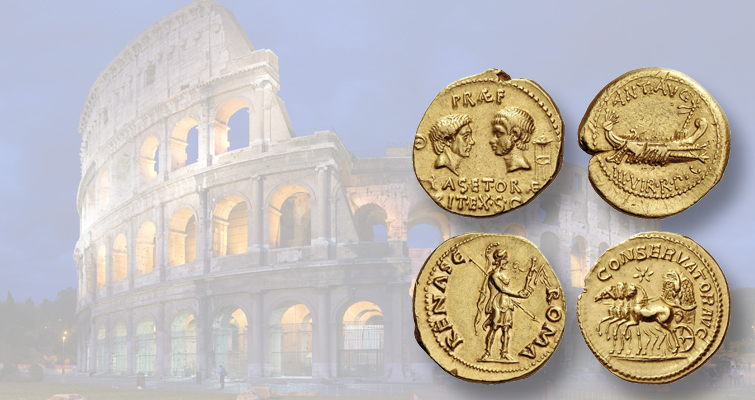 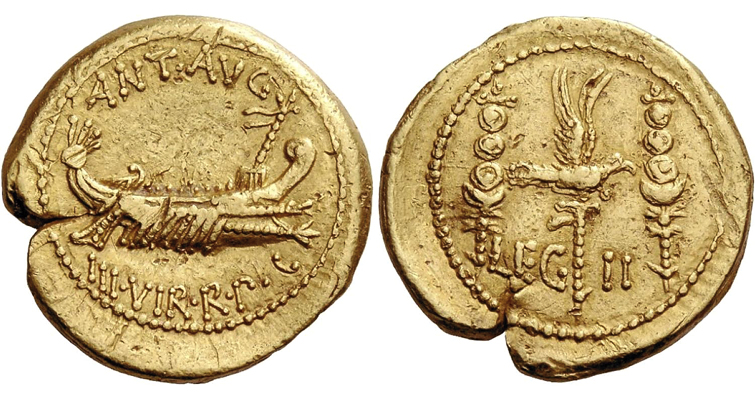 Only 11 gold aureii of Marc Antony’s legionary coins are known, including what might be the finest known example, here. 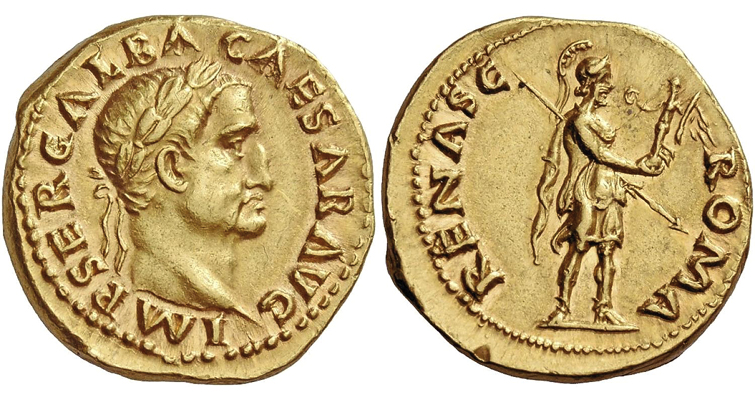 Galba began his short reign by issuing coins with the message that Rome would be reborn, seen on the reverse in Latin, ROMA RENASC. 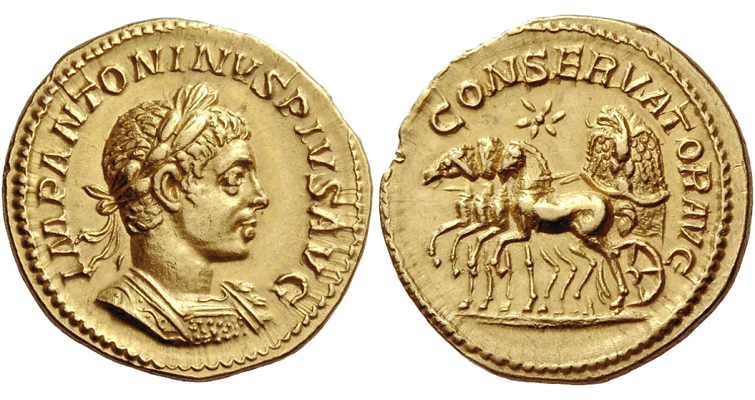 An astronomical event ushered in the reign of Elagabalus, who shows the star or meteorite on the reverse of the circa A.D. 220 gold aureus.

Many of the coins were selected not only for their rarity and condition, but also their provenance, with some records dating back more than century. Four of the coins in the auction are unique, and many are among just a handful or fewer known of each type.

The aureus was the basic gold coin of the later Roman Republic and the early and middle stages of the Roman Empire. The aureus is small, measuring about 18 to 20 millimeters in diameter, but nonetheless in several cases the coins feature notable artwork.

La Borde remains collecting, but has focused on other areas of the hobby, according to Hadrien Rambach, who advised him and assisted in catalog preparation.

Two more sales of his Roman gold coins are planned, but the dates have not been fixed.

Roman coins offered a suitable canvas for a family portrait.

The circa 37 to 36 B.C. aureus of Sextus Pompeius, struck in Sicily, represents the first Roman coins to feature dynastic imagery.

According to Rambach, the senate and traditions were being swept aside by the cult of personalty, and so it was notable when Pompeius became the first ruler to honor his family in such a manner.

He and his brother Gnaeus first pictured their deceased father on denarii as early as 45 to 44 B.C., but here Sextus takes it a step further by portraying himself with his deceased brother and father.

“The issue amounts to an exhibition of his pedigree, as well as a nostalgic call to arms for all who had thus far served the Pompeian cause,” wrote Rambach.

The example in the auction has a provenance dating to 1938.

Marc Antony struck his “legionary” coinage in large quantities as he and Queen Cleopatra VII prepared for war with Octavian and Agrippa.

The rulers would ultimately face defeat at Actium, fleeing to Egyptian territories and committing suicide.

According to David Vagi, writing in Coin World’s February 2012 issue, though Antony produced a variety of coin types from 44 to 31 B.C., the legionary type is by far his most common and most familiar. It is so-named because of its advertisement of large military units, called legions. His silver denarii bear the name of one of his 23 regular legions or two specialized units (the praetorian cohorts and the cohort of speculatores). The representation of gold aurei seems to have been more limited — coins are only known naming the praetorian guards and eight legions, though over time more are likely to turn up.

All variants share a single coin type, which features on the obverse a war galley with oars engaged and on the reverse a legionary eagle standard (aquila) between two legionary standards (signa or vexilla).

All of the legionary denarii appear to have been struck circa 32 to 31 B.C., at a mobile mint, while Antony was in Greece preparing for his war against Octavian.

Only 11 gold examples are known today, representing seven legions, and the example in the auction is “Apparently unique and possibly the finest [known],” according to Rambach.

The coin has a provenance dating to 1955, and was once in the famous Nelson Bunker Hunt Collection.

The coin has a planchet crack on the obverse and minor marks, otherwise the auction house rates it About Extremely Fine to Good Very Fine.

One of the shorter-reigning rulers of ancient Rome was Galba, whose tenure lasted from July in 68 to January 69.

A gold aureus of the short reign features a design intent on propagandizing his attempts to restore stature to Rome.

“Galba proposed a return to the severitas [gravity] of a bygone era that he promised to usher back,” according to Rambach, and the reverse design speaks to those ends.

The coin was issued at the outset of his rebellion against the Julio-Claudians, which ushered him to the throne upon the death of Nero.

The reverse includes the legend ROMA RENASC, or “Rome Reborn,” with the allegorical Roma in military attire, holding Victory on a globe.

The Good Extremely Fine coin is “Extremely rare and in exceptional condition for the issue,” according to the auction house.

An astronomical event that heralded a new reign is showcased on a gold aureus of Elagabalus.

Elagabalus and his family had lived in Rome during the reign of Caracalla, who was rumored to have been Elagabalus’ natural father.

According to Rambach, when Caracalla was murdered, his prefect and successor, Macrinus, recalled the family to their homeland of Syria.

Upon arriving, Elagabalus assumed his role as hereditary priest of the Emesan sun-god Heliogabalus. For the Roman soldiers in the vicinity, who engaged in the common practice of solar worship, and who had fond memories of the slain Caracalla, Elagabalus was an ideal candidate for emperor, defeating Macrinus in a pitched battle just outside Antioch.

“Conservative Rome was introduced to their new emperor’s eccentricities and religious fervor when they learned of his overland journey from Emesa to Rome, with a sacred meteorite in tow,” wrote Rambach.

The sacred conical stone of Emesa (a meteorite or star) appears on the reverse of the circa A.D. 220 gold aureus, representing the journey to Rome that took more than a year.

The Good Extremely Fine coin was once part of the Enrico Caruso Collection, which was sold in 1923.

The full catalog may be viewed online at Sixbid.com. 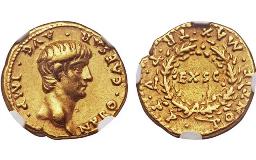 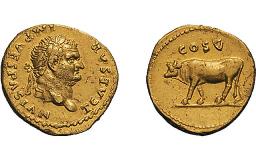 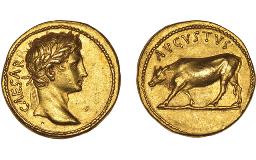