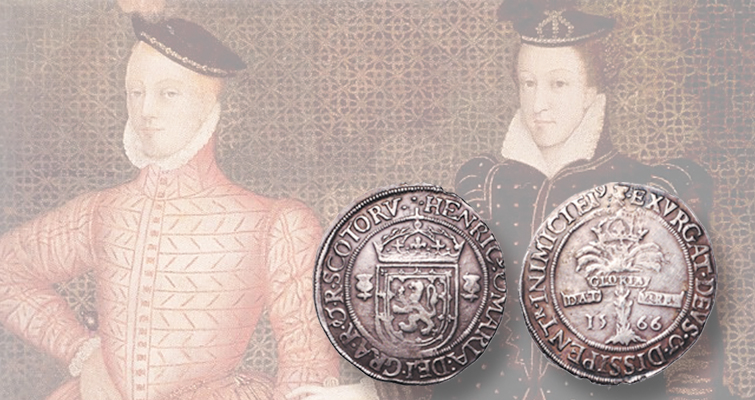 A 16th century silver ryal of Henry Stuart, Lord Darnley, may have been issued by his supporters as he was seizing the throne from his cousin-turned-wife.

A silver ryal of Henry Stuart, Lord Darnley, dated 1566 but possibly issued later, reflects the turmoil and intrigue among the British royalty in 16th century England.

The upheaval among contenders for the British throne during the middle part of the 16th century swept aside Mary, Queen of Scots, from the throne, first replaced by her cousin-turned-husband Darnley, and later her son, who would become King James IV of England and Ireland, and James I of a unified England and Scotland.

According to Allan Davisson, Darnley was “a dashing but dissolute spouse,” and began scheming early on to become the real rather than the titular king on the Scottish throne.

“In those intrigue-driven times, there was little problem finding influential backers. Protestant nobles like the Earl of Morton and Sir William Maitland brought a plan to hoist Darnley upon the throne.”

Two years after marrying Mary and becoming king consort, Darnley was assassinated in 1567.

In 1572, Maitland created counterfeit half-merk and quarter-merk coins during the reign of Darnley’s successor, his son birthed by Mary.

The ryal in this auction does not exhibit the die rust that would be expected if it were struck in 1572 when those counterfeits were made.

“Dies just didn’t stay that way back then if they weren’t used for six years,” Davisson said.

Given the solid weight of the example he is offering, the lack of die rust and the fact that Maitland later was involved in counterfeiting, Davisson said it seems “reasonable to assume that the coin [in this auction] was issued by the pro-Henry plotters while they were plotting his ascent as full-fledged king. An issue date of 1566 using a genuine 1566 reverse die matched with a ‘custom made Henry first [die]’ does not require much of a speculative stretch,” according to Davisson. “From my point of view nobody’s put this together.”

Three pieces of this type are known, and Davisson said, “I haven’t seen one offered and I’ve never had one before so it has to be rare.

One pieces is in the National Museum of Scotland, and another was in the Richard C. Lockett Collection, but a true mintage number may never be known, he said.

The example offered in Davisson’s sale is described by the firm as Good Very Fine, and carries an estimate of $1,500. 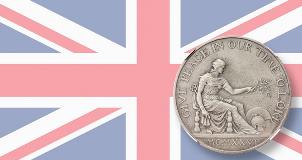