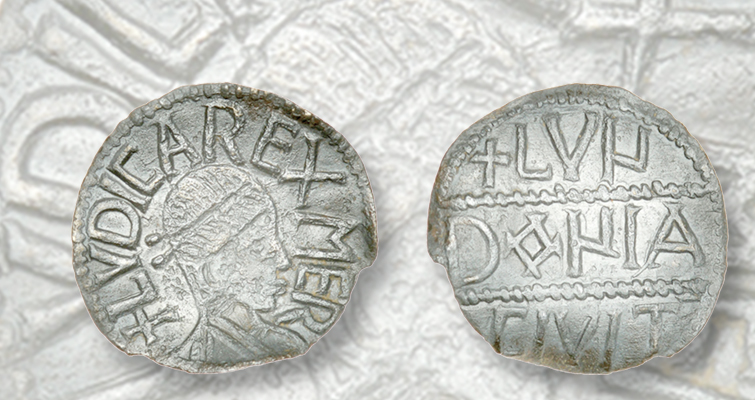 A metal detectorist’s find, a silver penny of Ludica, a virtually unknown Saxon king of Mercia, realized nearly three times its high estimate during a March 10 auction in London.

After attracting significant interest in the room and on the Internet, the coin was purchased by a collector in the United Kingdom the firm said.

The coin has on the obverse a diademed bust of Ludica facing right with the legend LUDICA REX MER, while the reverse features the inscription LUN/DONIA/CIVIT in three lines. Ludica reigned for just over a year in A.D. 826 to 827.

At Coombe Bissett, in Wiltshire, in January 2016 during an organized search on farmland, the coin was found buried 3 to 4 inches deep in a rotted stubble field. Hall, using an XP Deus metal detector, found the coin in a ball of thick mud.

Hall had been detecting for two years when he found the coin. He saw that it was a Saxon silver penny and took it home before carefully removing the mud.

After researching online, he sent details to the Fitzwilliam Museum in Cambridge, where new discoveries of early medieval coins are registered. Initially the coin’s authenticity was questioned because it was unique and so historically significant.

Hall then spent the next three years having the coin examined by experts, and he paid for metallurgical analysis before it was declared genuine, according to the auction house. 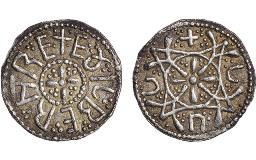 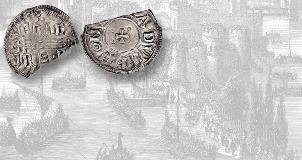 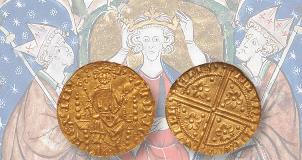