Rare octadrachm to feature Sept. 7 and 10 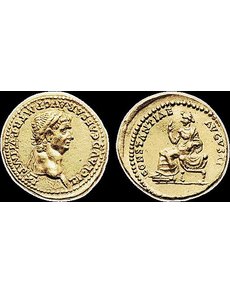 Rome’s Emperor Claudius is featured on a gold aureus, Lot 25193 in the Sept. 7 Heritage Sale. 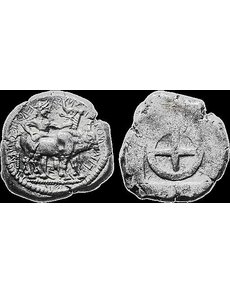 A rare silver octadrachm from King Getas of the Edones tribe is a highlighted item in Heritage Auction Galleries Signature Sale #3020, to be held Sept. 7 and 10. 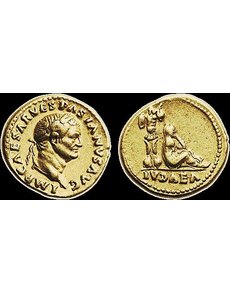 More than 1,100 lots of ancient coins will be offered in Sessions 4 and 5 of Heritage Auction Galleries’ Signature Auction, set for Sept. 7 and 10.

Among the highlights of the ancient coin auction is Lot 24875, a rare silver octadrachm of King Getas (circa 480s to 460s B.C.) of the little-known Edones tribe of northern Macedon.

On its obverse it features a nude herdsman (perhaps the god Hermes) wearing a petasos (a type of Greek hat), standing between and guiding two oxen.

The reverse is of a simpler design, featuring a cross-spoked wheel within an incuse square.

The coin is characterized as extremely rare, and Heritage calls the piece in the auction “one of only two or three known specimens, and missing from most public and private collections. Well struck from dies of remarkable Archaic style on a broad, heavy flan.” Uncertified by any third-party grading service, its condition is being called “Good Extremely Fine.”

Claudius was the son of the Roman general Drusus and Antonia, niece of the Emperor Augustus. Claudius ruled Rome from A.D. 41 to 54, and was poisoned by his wife Agrippina the Younger, setting the stage for the reign of Nero.

The obverse of the gold coin features the laureate head of Claudius, facing right. The reverse depicts Constantia (symbolizing steadiness, courage and steadfastness) seated left on a curule chair, with her feet on stool, right hand raised toward her mouth and her left hand holding a scroll.

Heritage describes this uncertified 20-millimeter, 7.79-gram coin as “sharply struck on an exceptionally broad flan from dies of wonderful style. Choice Extremely Fine,” and estimates the coin will sell for $50,000 to $60,000.

Struck in Rome in late A.D. 69 to early 70, the 19-millimeter, 7.33-gram coin features the laureate head of Vespasian facing right. The reverse of the coin depicts a military trophy with cuirass, helmet, greaves and two shields. A female Jewish captive sits right of the trophy in an attitude of mourning, symbolizing the crushing of the Jewish revolt against Roman rule.

The uncertified gold coin, graded “Choice Very Fine” is considered scarce in any condition, according to the auction house. Heritage calls it “superior to those found in most public collections,” and gives it an estimate of $40,000 to $50,000.

Other auction highlights include:

A 17.5 percent buyer’s fee will be added to all lots sold.

For further information about this auction or other sales, visit the Heritage Auction Galleries website at www.HA.com, email bid@HA.com, telephone the firm at 800-872-6467 or contact the company by fax at 214-409-1425. ¦