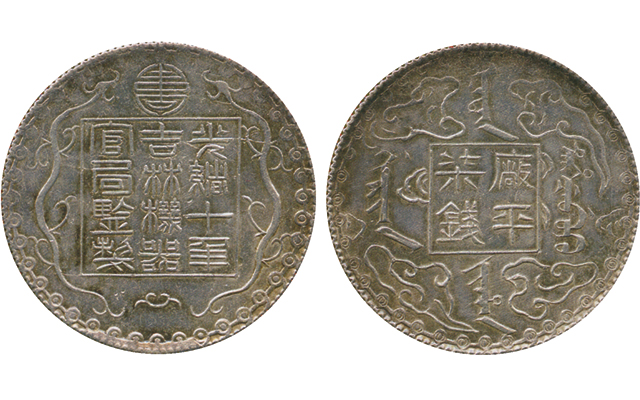 A rare Chinese coin from the late 19th century led all bidding during an April 3 auction in Hong Kong jointly conducted by A.H. Baldwin & Sons Ltd., in London, and Ma Tak Wo of Hong Kong.

The coins were struck in 1885 at the military arsenal and distributed as part of soldiers’ pay, but the coins were not accepted by the populace.

Some 5,000 taels’ worth (10 mace equals one tael) were issued, before most were withdrawn and melted.

The 7-mace coin in the auction was certified by Professional Coin Grading Service as Genuine, Cleaning, About Uncirculated Details, and had an estimate of $20,000 to $25,000.

The coins were from the Åke Lindén Collection of Chinese Coins, the second part of which will be offered in an Aug. 21 auction, also by the two firms.