Rare Alexander the Great silver decadrachm gets $27,600 in auction 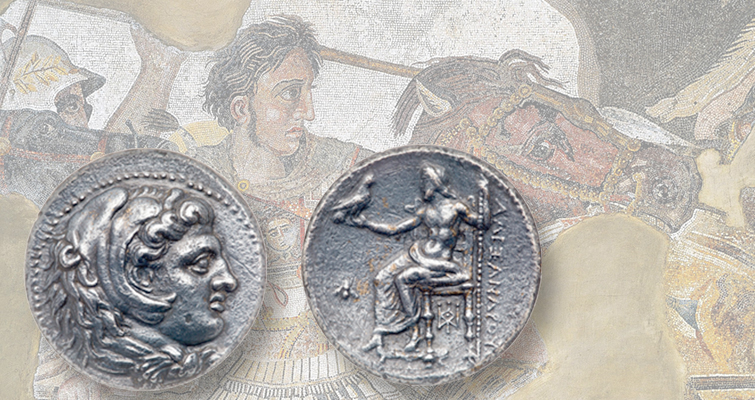 A rare silver decadrachm of Alexander III “the Great” was sold during Ira & Larry Goldberg Coins and Collectibles’ June 2 auction for $27,600, including the 20 percent buyer’s fee.

Alexander III (the Great) of Macedon carved out a famed military career, and his coins are popular 2,300 years after being issued.

The circa 325 to 323 B.C.  coin weighs 41.34 grams and is graded Choice Extremely Fine by Numismatic Guaranty Corp., which assigned it a rating of 5/5 for strike and 2/5 for surface, the latter due to its dark original toning and scratches.

Among the rarest and most desirable of all ancient Greek coins, the famed decadrachms of Alexander the Great were struck at Babylon from the bullion seized after the city’s conquest from the Achaemenid Persians.

The types follow the huge emissions of Alexander’s tetradrachms, sporting the head of the mighty Herakles wearing his lion’s skin on the obverse, and the father of the Olympian pantheon, Zeus, seated on the reverse.

There has long been speculation that the portrait of Herakles features the likeness of Alexander himself, but opinions vary.

Estimates of surviving populations of this rarity range from 20 to 25 pieces, generally toward the lower number. Many of these were discovered in 1973 in what has become known as the Babylon Hoard.

The scarcity of these issues (worth 10 drachms) suggests they may have served a ceremonial purpose, perhaps given as presentation pieces to high ranking officers or possibly to soldiers who distinguished themselves in the conquest of Persia.

“Alexander was known for giving largesse, and it is tempting to think that he may have taken a personal role in their distribution,” according to the auction house. “Today these surviving decadrachms are a tangible example of one of the greatest treasures in ancient numismatics.” 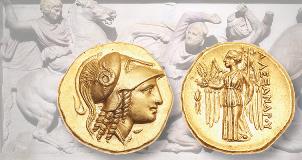 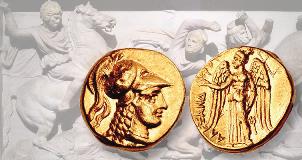 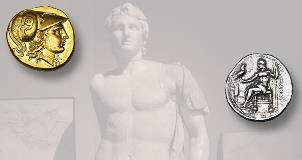