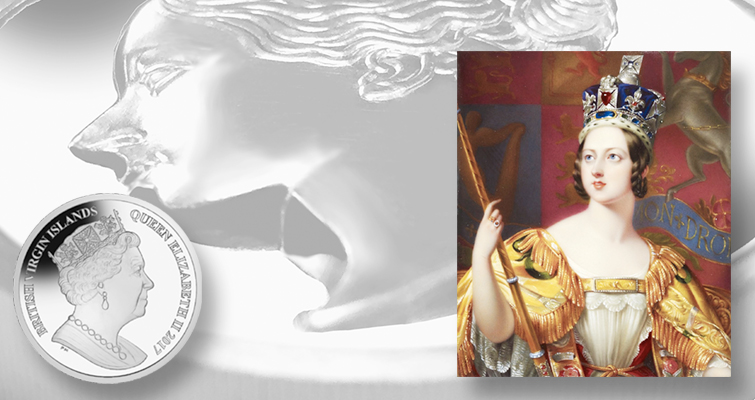 The Pobjoy Mint has issued a piedfort (double thick) silver $10 coin for the British Virgin Islands to celebrate Queen Victoria.

The Pobjoy Mint has issued an ultra-high relief silver $10 coin for the British Virgin Islands.

The 2-ounce piedfort (double thick) coin depicts Queen Victoria, whose accession to the throne 180 years ago marked a turning point in British history.

Born in 1819, Princess Victoria of Kent was the daughter of German born Princess Victoria of Saxe-Coburg-Saalfeld and Prince Edward Duke of Kent and Strathearn. Her father died shortly after she was born so the young princess was raised in isolation by her oppressive mother and the mother’s rumored lover, Sir John Conroy.

Despite being fifth in line to the throne at birth, a spate of family deaths resulted in her coronation at Westminster Abbey in 1838 when she was just 18. In addition to being the Queen of the United Kingdom of Great Britain and Ireland, she later adopted the title “Empress of India.”

Queen Victoria, who died in 1901 after a reign of 63 years, is now listed as the second longest reigning British monarch, eclipsed by Queen Elizabeth II, who appears on the obverse of the Proof .999 fine silver coin just issued.

The Young Effigy of Victoria appears on the reverse of the coin, whose extra relief allows for a complexity of design and finish, according to the Pobjoy Mint. 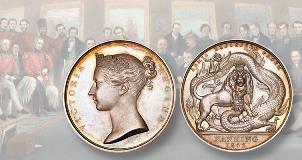 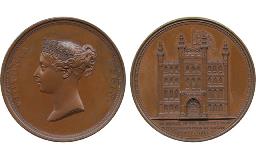