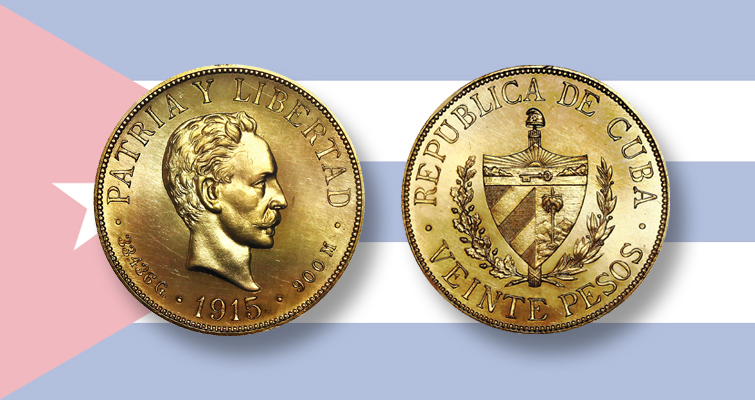 The six coins, sold individually but representing a set of all gold coins struck by Cuba in 1915, realized in total $473,025 (including a 19 percent buyer’s fee) on a combined $49,000 low estimate. The six lots were purchased by the same bidder.

The lots comprised 1-, 2-, 4-, 5-, 10- and 20-peso coins. Five of the six coins (all but the 5-peso coin) are certified as Specimen strikes by Numismatic Guaranty Corp. They are the only known Specimen strikes for the series, the firm said.

The Republic of Cuba issued its first gold coins in 1915. They were designed by U.S. Mint chief engraver Charles Barber and struck at the Philadelphia Mint.

It is no accident that the three largest of these coins were created identical in size, weight and fineness to the U.S. gold coins of the same era, namely $5 half eagles, $10 eagles and $20 double eagles.

In addition, the three remaining denominations — the 1-, 2- and 4-peso pieces — were mandated to be proportional to the other three coins in size and weight, in the absence of American counterparts.

The obverses of all six coins show Jose Marti, a Cuban national hero, with the PATRIA Y LIBERTAD legend (translating to “homeland and freedom”).

The reverses carry the Cuban arms inside a legend indicating the country name and denomination, both in Spanish.

Small numbers of these coins were struck in Proof, but rarer still are the Specimen strikes, the firm said, which are represented by five of the coins in the group offered by Sedwick. These Specimen examples are currently unique, the firm said.

“As Specimens, they were struck with more force, creating higher, squared rims and well-defined details, on specially finished planchets with polish lines and any imperfections (like lint marks) clearly transferred,” the catalog said. “The fields are similar to Proof but with much more definition and a semi-matte appearance.” It should be noted, however, that NGC graded the 5-peso coin Mint State rather than Proof or Specimen.

These coins were assembled by the consignor to represent one example of each denomination.

Individual prices realized for the coins, with their NGC grade, are as follows: 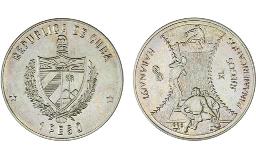 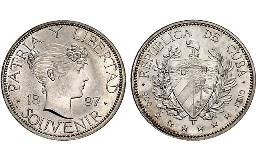