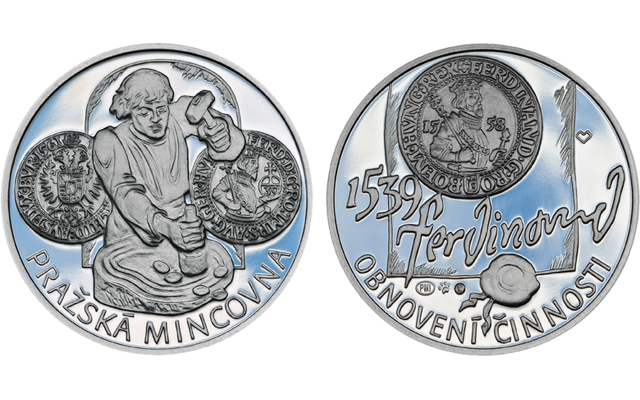 The city of Prague has a rich history of minting coins dating back centuries, though that history is not uninterrupted. In 1539, after a hiatus, regular silver coinage began anew under the reign of Ferdinand I, the subject of this medal. 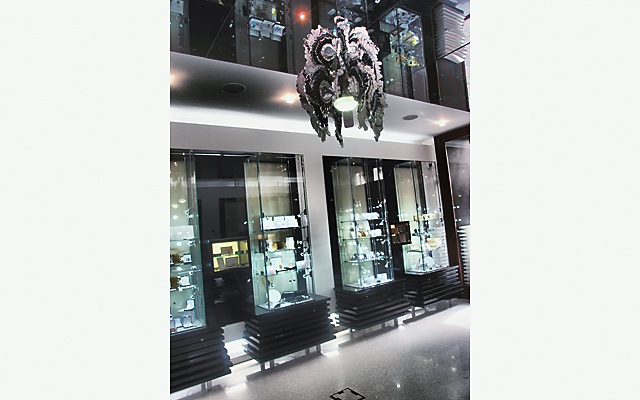 Though minting operations are elsewhere, the Prague Mint’s Prague location offers a gallery for collectors and offices for staff.

Editor's note: The following is the second of a three-part Coin World series about the Prague Mint prepared by Jeff Starck for the September 2014 monthly edition of Coin World.

Read the other two posts in the series:

In 2011, about 18 months after the privatization of the Czech Mint, several former Czech Mint employees formed the Prague Mint. Since then, the Prague Mint has produced dozens of limited edition medals to meet a burgeoning market for medals in the former Czechoslovakia.

A boom in Czech coin and medal art has risen in the last few years, according to engraver Tomas Lamac, cited in a book the Prague Mint published. (The book’s title is the Prague Mint’s name, in Czech.)

Lamac said: “The level is very high and it can be compared with the best production in the world. The reason for this is because fortunately we have a great many excellent artists, whether it is Vladimir Oppl, [the] late Jiri Harcuba, whose work I like a lot, or other brilliant artists. The high level of the Czech medal production rests on these masters.”

Though Prague is a historic city, no buildings remain today that housed minting facilities in the past.

The Prague Mint’s headquarters, offices and a sales gallery are located in the center of the capital city, in the Municipal House, a valuable and beautiful Art Nouveau building more than 100 years old, according to Zdenek Vojtech, commercial director at the Prague Mint. The actual minting for the Prague Mint occurs at one of the firm’s facilities elsewhere, not in Prague.

“For a private company it is not possible to own this amazing building, therefore we have been renting the space there,” he said.

The building is right next to the Powder Tower, a historic gate that stands at the entrance to the old city of Prague. The so-called “silver trail” ended at the tower, which is known today for the time it served to store gunpowder. At this gate, though, silver from silver mines was delivered to the historic mint, according to the Prague Mint.

The choice of location is symbolic, since it was here in 1918 that the independence of democratic Czechoslovakia was proclaimed.

The building also stands on the exact spot where the Bohemian king’s court used to be located, and the king had the exclusive right to issue the currency for the kingdom, Vojtech said, “So this place, historically, has much to do with minting.”

In addition to its location in the Czech capital, the Prague Mint has offices in Bratislava, the Slovak capital, a village named Prague in Slovakia, and in Vsetin, a town in Moravia, where most of the mint’s production facilities are housed in a former bank building the Prague Mint bought on the main city square.

In person, Vojtech lights up when talking about the mint’s products and mission, which include development of the thousand-year tradition of numismatic production in Prague, which the firm hopes to re-establish in the future.

“Our production is not large, but it has found its fans in Asia, Arabia and America fast. Coins and medallions issued here have an extraordinary artistic value,” Vojtech said in an email.

The Prague Mint has produced designs from 50 renowned artists, and relies on traditional methods to create the designs, plaster models and engraving, before employing computer-controlled milling machines and lasers in preparing the dies and striking the medals, according to Vojtech.

Most of the Prague Mint’s issues are Proof or Uncirculated .999 fine gold, silver or platinum medals, though it has issued copper medals and antiqued silver medals for some issues.

Mintages are always rather limited, in most cases to several hundred pieces per design and finish. For instance, a BU silver medal marking the 200th anniversary of the Battle of Borodino in 2012 had a mintage of a mere 74 pieces.

The medal was designed by Karel Zeman, whose works return to the Napoleon Bonaparte leitmotif frequently. Marshal Mikhail Kutuzov, who gazes off the field of the obverse, was a Russian military commander who defeated Napoleon at the critical battle on Sept. 7, 1812. The battle was the largest and bloodiest single-day of action in the French invasion of Russia and the Napoleonic Wars, a battle honored in numismatics both in the 1800s and in the present day.