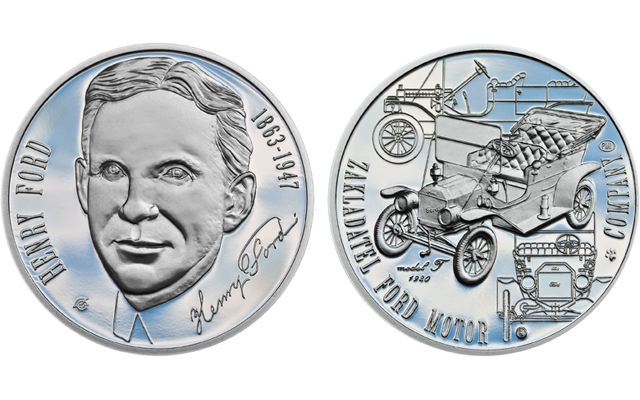 American automobile magnate Henry Ford was celebrated in 2013, the 150th anniversary of his birth, with a medal from the Prague Mint. 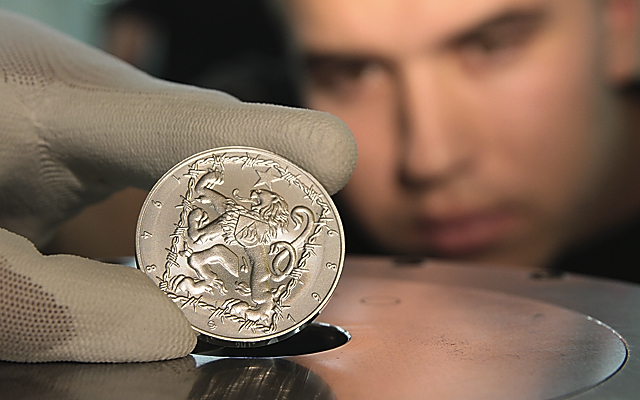 A Brilliant Uncirculated 2013 silver medal is pulled from the presses shortly after being struck at the Prague Mint. 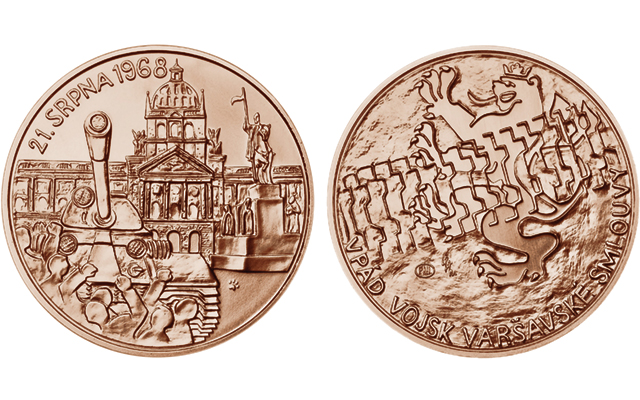 Poignant designs are affordable. This 2013 copper medal with unlimited mintage costs less than $10 U.S. and marks the August 1968 Warsaw Pact invasion from Communists intent on quelling the Prague Spring. 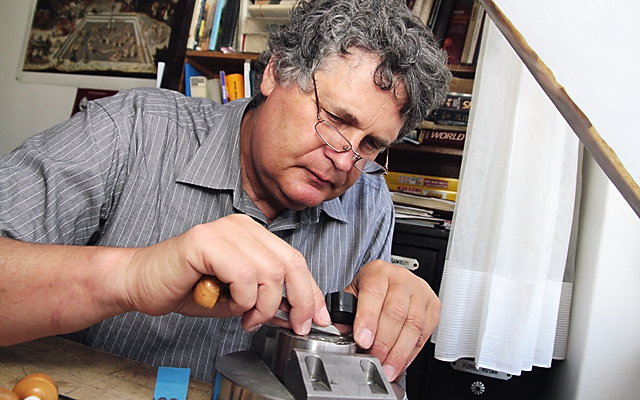 Artist Karel Zeman is one of the 50 renowned artists who have created designs for the Prague Mint. 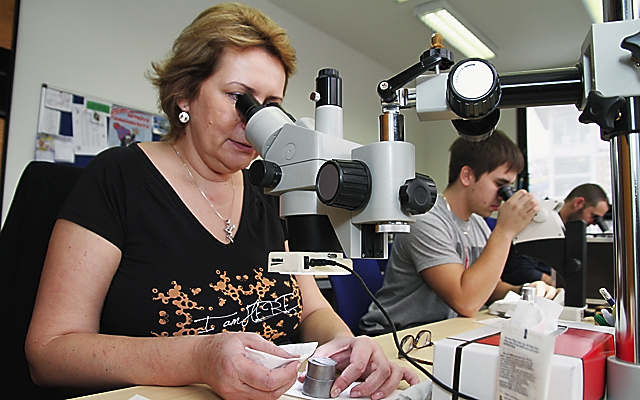 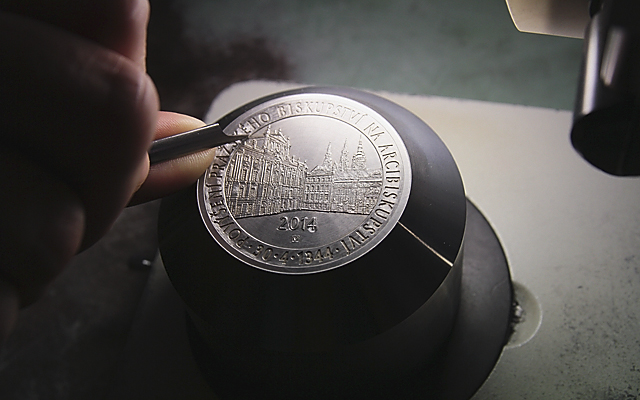 Though some modern technology is employed at the Prague Mint, here an employee hand tools a die for a 2014 medal marking a very limited theme, celebrating the local bishopric’s anniversary.

Editor's note: The following is the third of a three-part Coin World series about the Prague Mint prepared by Jeff Starck for the September 2014 monthly edition of Coin World.

Read the first two posts of the series:

One of the Prague Mint’s latest projects is a “thank you” medal to Czech Americans, according to chief executive officer Pavel Trtik, and specifically, to a group of transplants in Chicago.

Records from the 1910 U.S. Census suggest that more than 500,000 people in America were expatriates of Czech heritage, Trtik said. Chicago was the center of their U.S. settlement, with some 110,000 there, making it the third-largest concentration of Czechs after Prague and Vienna.

As an aside, the Prague Mint points out that former Chicago Mayor Anton (Tony) Cermak was Czech. Cermak was shot in Miami, Fla., during an attempted assassination on President-elect Franklin D. Roosevelt Feb. 15, 1933, and is reported to have said, “I’m glad it was me and not you, Mr. President” (though the reports of the statement are unsubstantiated). Cermak died on March 6, not directly because of the shooting, but due to pre-existing complications of ulcerative colitis; his bullet wound had reportedly healed by the time of his death.

Czech Americans were invaluable in assisting a democratic Czechoslovakia in 1918, Trtik said, providing an “astounding amount” of financial assistance as well as signing up to join the American military during World War I.

Many are buried in Chicago at a Czech National Cemetery, which holds “the graves and tombs of our compatriots who fell mostly in France during the period from July 1918 to the end of October 1918,” Trtik said.

An unnamed ship, representing those that carried passengers between the two countries, appears on the obverse of the medal, and the American eagle and Czech lion are part of the reverse design.

The medal is offered in gold, silver and antique silver versions.

This is not the first American theme for a medal from the Prague Mint.

In 2013, automobile industrialist Henry Ford was honored upon the 150th anniversary of his birth. A bust of Ford and his signature greet viewers on the obverse, and various views of the Model T car appear on the reverse.

Another of the Prague Mint’s medals marks a theme of global import. In 2012 Tereza Eisnerova’s design marked the centennial of the Titanic’s sinking. Just 368 Proof examples and 74 Brilliant Uncirculated pieces were issued.

Other topics of Prague Mint include famous artists like Alphons Mucha and Gustav Klimt, authors Sir Arthur Conan Doyle and William Shakespeare, among others.

The majority of themes, however, are Czech in nature or have meanings specific to residents of the former Czechoslovakia. One such medal in 2014 honors the anniversary of the local bishopric being elevated to an archbishopric, not likely a big seller outside of the Czech Republic.

Political medals and coins marking some of Eastern Europe’s grimmest and happiest days are popular, so it is no surprise to see a medal marking the 1968 Warsaw Pact invasion of Czechoslovakia, as Soviets and allies sought to halt the liberalization of the Prague Spring.

The poignant medal, issued in 2013 for the invasion’s 45th anniversary, shows a tank’s gun jutting toward the viewer of the medal on the obverse, while tank tracks stretch across the Czech lion on the reverse.

The obverse displays the V for victory or peace symbol created by two upraised fingers of a protestor, while the Czech lion is surrounded by barbed wire on the reverse.

In a few years’ time, the Prague Mint has issued hundreds of medals of different themes for collectors around the world, with various sizes and finishes providing options for collectors of all budgets. For example, an unlimited copper version of the Warsaw Pact medal is available for 199 koruna, or about $9.67 U.S., while a 1-ounce gold medal marking the minting history of Prague costs 44,475 koruna (about $2,159 U.S.).

Full details of the Prague Mint’s operations and medals may be found online.

According to the website, “As a country at the heart of Europe, pervaded with thousands of years of history of many famous empires, the country, where from everlasting various cultures were meeting and blending, we do have something to say.”

Stay current on all CoinWorld.com news and insights: