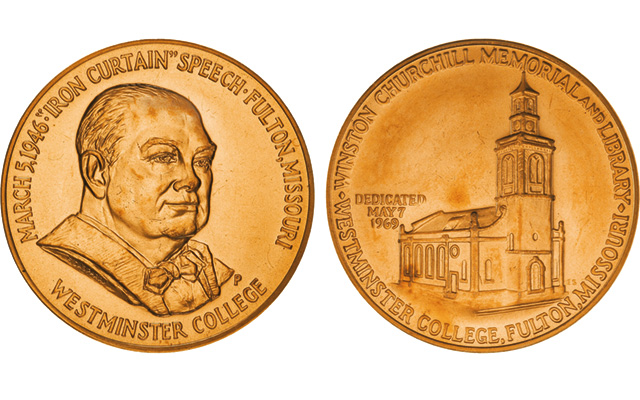 Bronze medal produced by the U.S. Mint in 1969 to commemorate a speech given by Winston Churchill in March 1946 at Westminster College in Fulton, Mo. 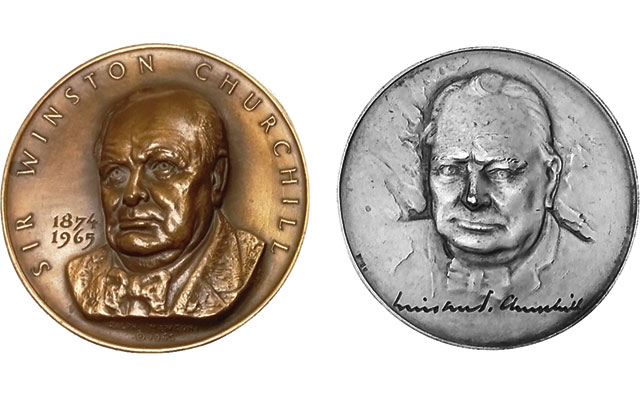 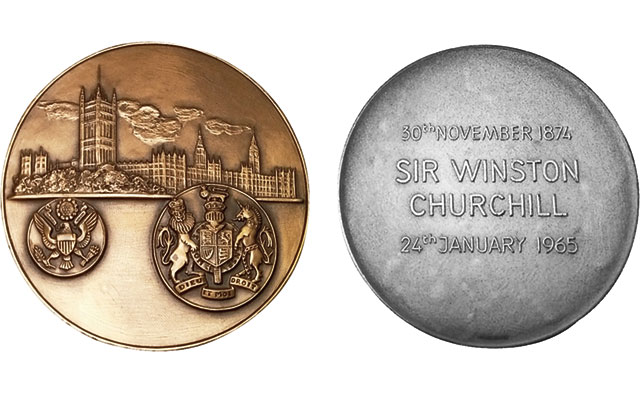 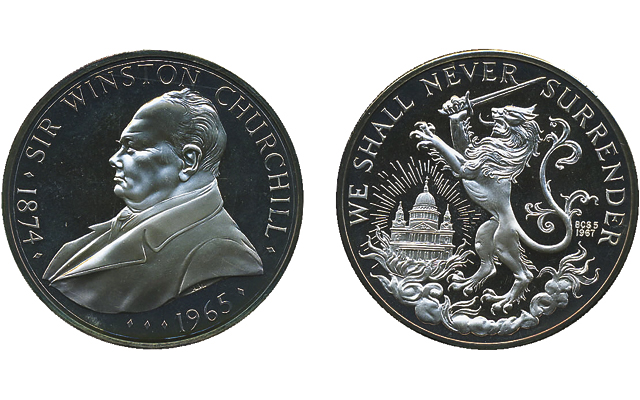 Editor's note: The following is the fourth of a six-part Coin World series about collecting the medals, coins and paper money honoring Winston Churchill, prepared by Michele Orzano for the March 2015 monthly edition of Coin World.

World War II armed hostilities ended in 1945, though Winston Churchill was ousted from the prime minister's office before the end of the war with Japan. With his political party out of power, Churchill returned to Chartwell to write, paint and even build brick walls in his gardens.

In 1946, Churchill and his wife mixed business with pleasure and toured in the United States, refreshing friendships forged with such allies as President Harry S. Truman and Chief of Staff of the Army Dwight D. Eisenhower.

On March 5, 1946, at the invitation of Westminster College in Fulton, Mo., Churchill was presented with an honorary degree and delivered a speech on foreign policy.

In the foreign policy speech he delivered that evening, he used the phrase “iron curtain” to describe the tense situation in western Europe at the time.

The official title of his speech was “The Sinews of Peace,” but in one statement, “from Stettin in the Baltic to Trieste in the Adriatic, an iron curtain has descended across the continent, …” he made clear that a long Cold War between democracy and communist aggression in Europe and beyond had begun.

More than two decades after Churchill’s speech, the National Churchill Museum was dedicated on the campus of Westminster College. It is housed in a London church designed by architect Christopher Wren in 1677. The church building had been badly damaged during the London Blitz, then dismantled stone by stone and moved to Westminster’s campus.

The church, St. Mary the Virgin Aldermanbury, was then rebuilt to the architect’s original specifications.

He was knighted in 1953 and received the Nobel Prize for Literature for his chronicles of the war years. In poor health, he left politics in 1955, at the age of 81, and spent most of his retirement in southern France painting.