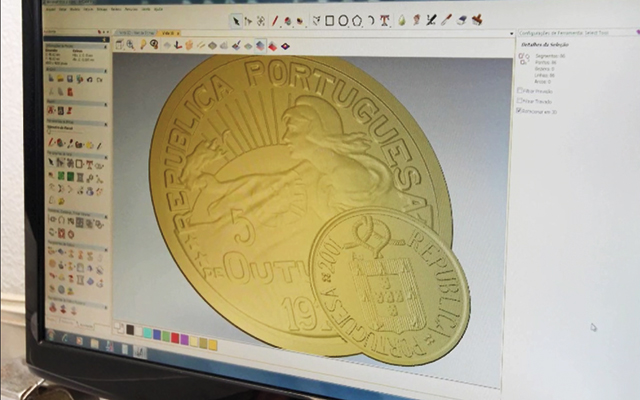 Like many coins today, the design process begins on a computer, but technicians had to consider how to design the coin so it could be struck without damaging design elements. 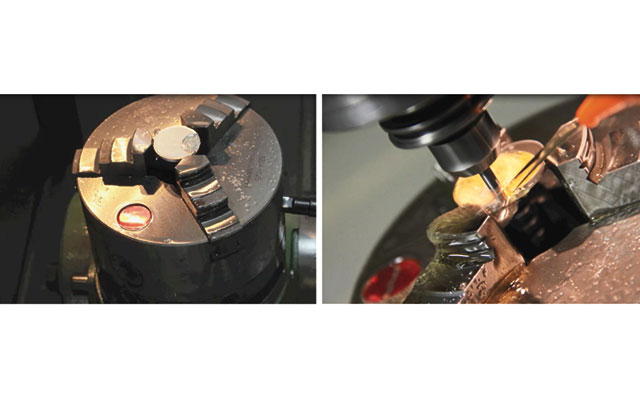 To strike the 2014 commemorative coin, mint technicians at the Portuguese State Mint had to prepare the silver blank by creating a space to introduce the gold blank. Two scenes from that process are shown here. 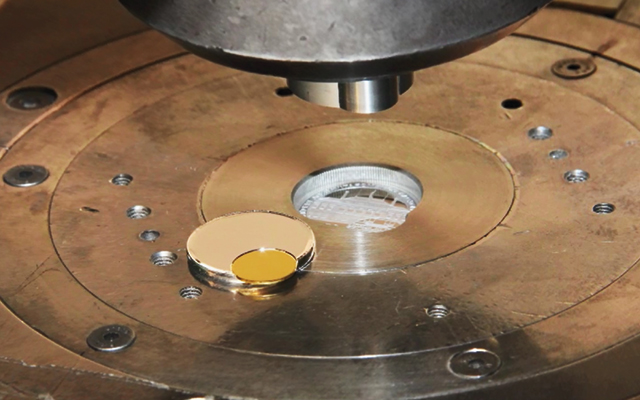 A blank rests near the dies that will strike it to become an “eccentric” coin. 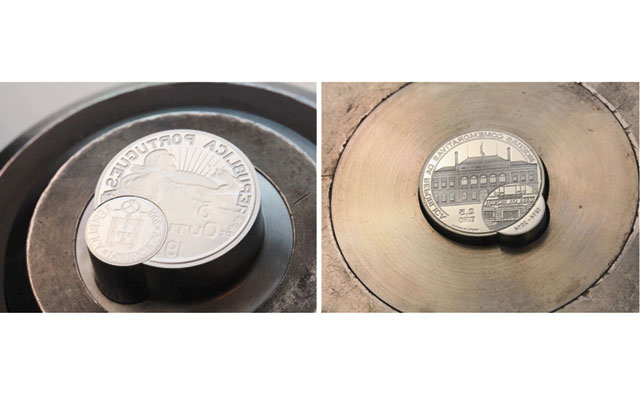 A pair of images show the dies and collars for the coin’s obverse, top, and reverse, bottom.

Editor's note: The following is the second of a two-part Coin World series about the blending of history and technology in a new collector coin from Portugal, prepared by Jeff Starck for the November 2014 monthly edition of Coin World.

Mint officials have been somewhat reserved when asked about the technology behind the "eccentric" coin, declining to provide more than basic answers about how the coins were made.

A short video about the coin shows some of the tooling being created, and it’s possible that mint officials are content to let the coin do all the talking.

This new bimetallic coin and the process to produce it with only one coinage operation (which is patent pending) was developed by the mint beginning in 2013, and overall took 18 months to refine, Verdasca said.

The eccentric coin required specially prepared dies and collar to enable the mint to strike both pieces of the coin together, at the same time, ensuring the link between both metals.

“The off centered inclusion of the gold blank, the particular non round shape, and the different sides of the coin suggested the obvious: [it] is really an eccentric coin,” Verdasca said in an email.

The .925 fine silver blank has a diameter of 28 millimeters, and the .999 fine gold blank measures half that, 14 millimeters in diameter.

Based on images provided by the mint, it is evident that a portion of the silver blank was removed to create a cavity, or nest, for the gold blank; then both pieces were melded together during the striking process.

When asked about the die life for the new process, Verdasca said in September that it was too early to determine how many coins each die pair could produce.

“It is too early to have that information. The process is new and the information is not yet available,” he said.

Concerning challenges that arose in striking the coin, Verdasca said striking the coins of different metals and dimensions so they would stick together, yet not damage the other coin surfaces, proved difficult.

The question of whether the mint used technology that already existed to solve those problems or developed new techniques­­ or equipment was unanswered.

Verdasca said the Mint would use its eccentric technology again in the future, but how soon and for what program is not determined.

Until then, the 2014 coin represents a singular opportunity for collectors seeking a new technology in modern commemorative coins.