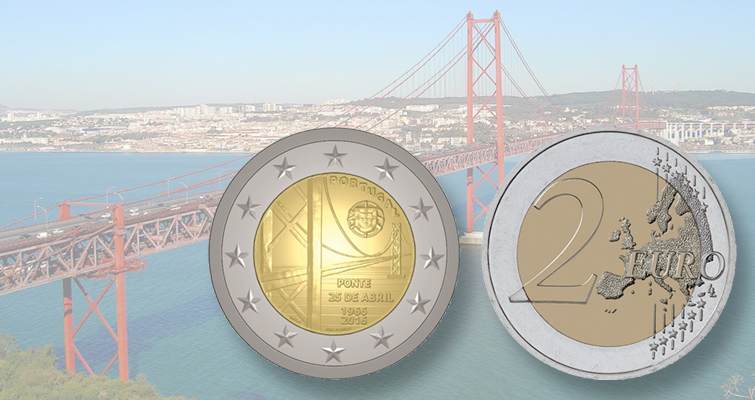 Portugal will celebrate the 50th anniversary of its 25th of April Bridge in 2016 with a circulating commemorative €2 coin.

The 25 de Abril Bridge (25th of April Bridge) is a suspension bridge connecting the city of Lisbon, capital of Portugal, to the municipality of Almada on the left (south) bank of the Tejo River. It was inaugurated Aug. 6, 1966, and a train platform was added in 1999.

Because it is a suspension bridge and has similar coloring, it is often compared to the Golden Gate Bridge in San Francisco.

Until the April 25, 1974, Carnation Revolution, the bridge was known as the Salazar Bridge, for António de Oliveira Salazar, a leader in the Second Republic that was overthrown.

The obverse of the coin shows the bridge, with inscriptions listing the nation’s name and the newer name of the bridge, as well as dual dates 1966 and 2016. The designer’s name, JOSÉ AURÉLIO, appears with the Mint mark or symbol of the INCM, the Imprensa Nacional Casa de Moeda. 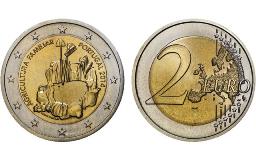 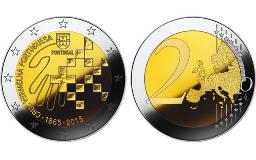