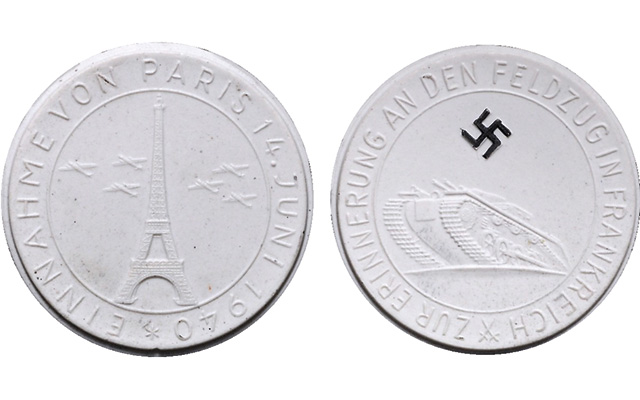 A 1940 Meissen porcelain medal marks the German invasion of Paris. It realized about $115 U.S. in a recent auction.

Germany’s Meissen porcelain has a history more than 300 years old.

That history includes being used to fashion propaganda medals during World War II.

The medal marks the capture of the French capital, Paris, on June 14, 1940. A Panzer tank on the reverse rises above the horizon. The Eiffel Tower, the most famous symbol and structure in the city, appears on the obverse. A black swastika adds contrast on an otherwise creamy-white medal. The small crossed swords on the reverse are the mark of the State Porcelain Factory in Meissen.