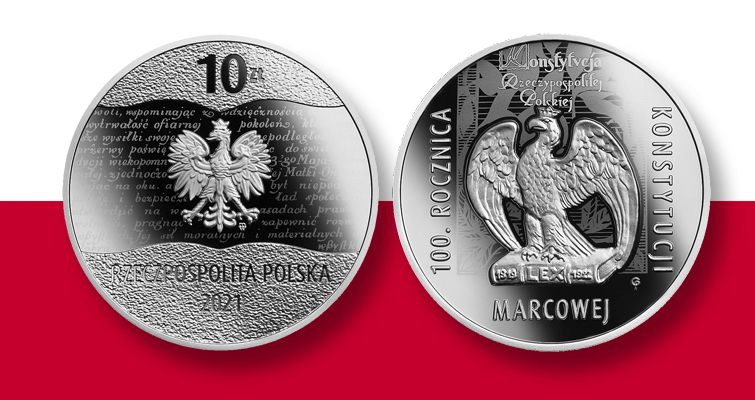 A 2021 silver 10-zloty coin from Poland celebrates the centennial of the nation’s March Constitution.

A century ago, on March 17, 1921, Poland adopted a new constitution after several years of discussions and parliamentary debate.

On the centennial of this event, called the March Constitution, the National Bank of Poland celebrates the milestone with a Proof 2021 .925 fine silver 10-zloty coin.

The Constitution came after ousting the occupation of the German/Prussian forces in the 1918 Greater Poland Uprising, and avoiding conquest by the Soviets in the 1920 Polish-Soviet War.

The obverse features the image of the eagle established as the state emblem of the Republic of Poland against the background of a facsimile of the preamble of the Constitution (from the copy donated by the deputies of the Sejm, a legislative body in Poland, to the Marshal of the Sejm Wojciech Trampczynski and lost during World War II).

The reverse features the image of an eagle taken from the medal designed by Feliks Łopienski commemorating the first anniversary of the adoption of the Constitution, while the background is a fragment of the cover page of the Constitution.

Interested collectors will have to search the secondary market for this coin. 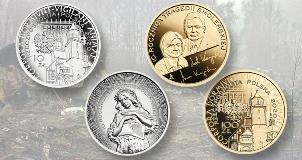 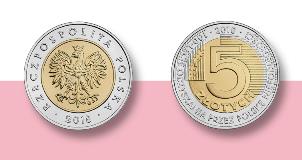 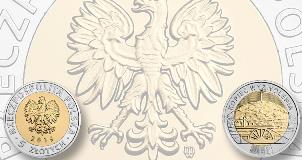