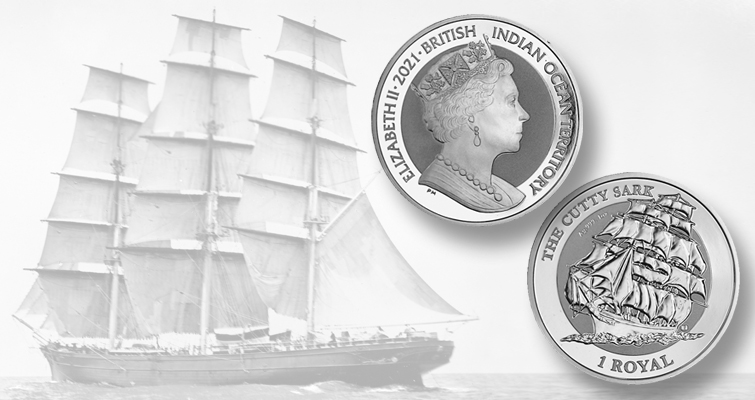 The Pobjoy Mint has issued a new 1-ounce silver bullion coin on behalf of the British Indian Ocean Territory Government.

In addition, a half-gram gold version was also released, in two different finishes.

The Cutty Sark is a British clipper ship, built on the river Clyde in 1869. It is one of the last tea clippers built and one of the fastest, its manufacture at the end of a long period of design development, just before steam engines started being substituted for sails.

The Cutty Sark is one of only three remaining original clipper ships from the 19th century in part or whole that have a composite construction of a wooden hull on an iron frame.

The Cutty Sark was launched Nov. 22, 1869, destined for the tea trade, then sailed an intensely competitive race across the globe from China to London, crossing the Indian Ocean before rounding the Cape of Good Hope and returning to England. The maximum speed the Cutty Sark achieved was 17.5 knots, or 32.4 kilometers per hour.

The Reverse Frosted 1-ounce silver 1-royal coin has a mintage limit of 10,000 pieces.

The half-gram gold 1/64-royal coin has a mintage of 299 pieces, with 230 examples in a Standard Finish and 69 pieces in a Reverse Frosted Finish.

The coins are available through major bullion distributors. To learn more, visit the Pobjoy Mint website at
www.pobjoy.com. 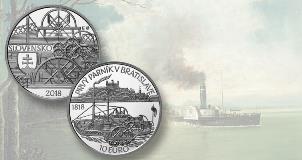 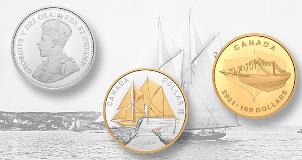 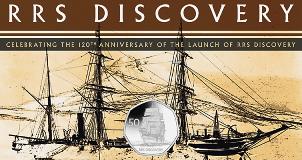