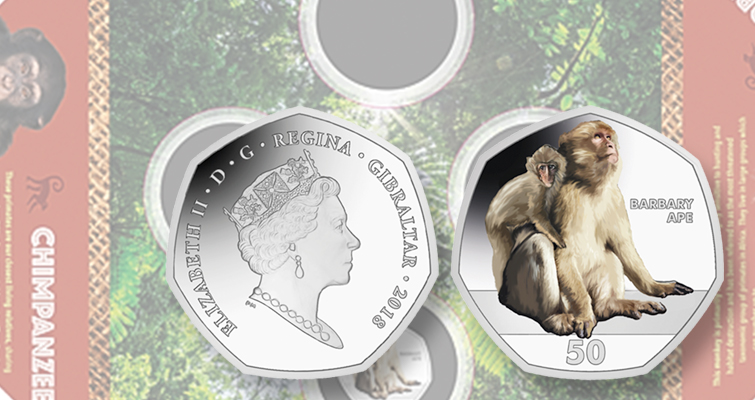 The first coin in the series features an adult Barbary ape with its infant on its back. These animals are known locally as Barbary apes or rock apes, even though they are actually monkeys. 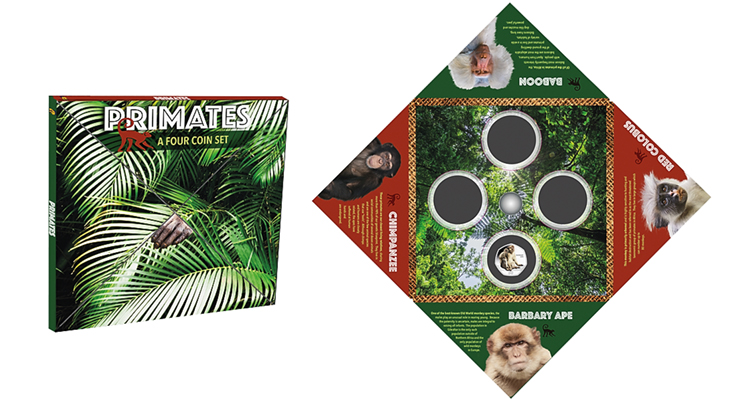 This magnetic collector’s album provides information about the individual primates.

Primates are leaping onto coins issued by the British Pobjoy Mint in a new series from the Government of Gibraltar, with the first, featuring the Barbary ape, available now.

The 50-penny coin features an adult Barbary macaque with an infant on its back.

Gibraltar is the only area in Europe that has a wild monkey population, and that population is growing, in contrast to declining populations in Africa. The animals are known locally as Barbary apes or rock apes, even though they are actually monkeys.

The Diamond Finish Barbary Ape copper-nickel coin weighs 8 grams, measures 27.3 millimeters in diameter and has a mintage limit of 7,500 pieces. The coin is available from the Pobjoy Mint’s website priced at $14.95. Also available is a magnetic collector’s album, priced at $7, which provides information about the individual primates.

The chimpanzee, red colobus monkey, and baboon will be featured on the three additional coins that complete the series, which will be released later this year.