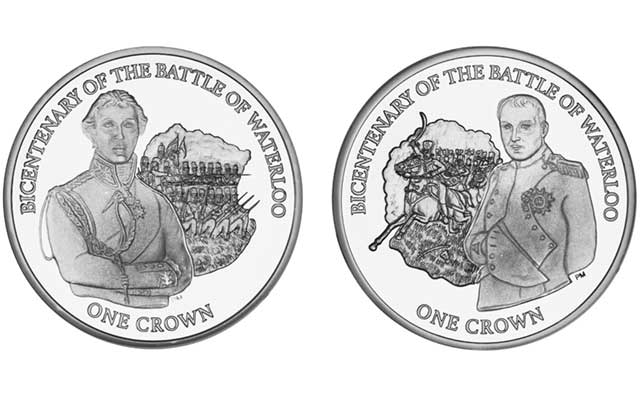 The Pobjoy Mint and the Isle of Man have joined forces to commemorate the Battle of Waterloo bicentennial on two new coins. 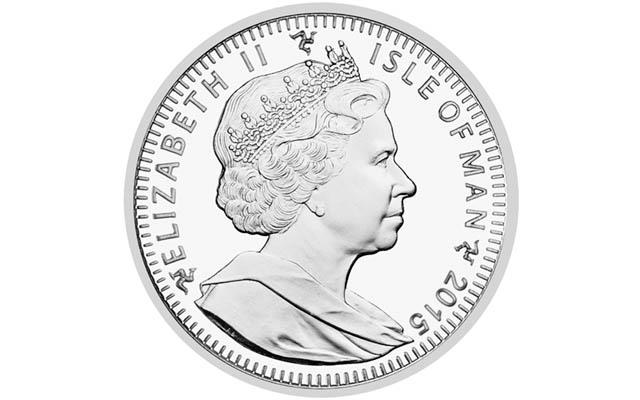 The common obverse for the Isle of Man's Battle of Waterloo crown coins shows the Ian Rank-Broadley effigy of Queen Elizabeth II.

The Pobjoy Mint has issued two coins marking the anniversary of the Battle of Waterloo.

The Battle of Waterloo on June 18, 1815, saw Napoleon’s 72,000 men face the Duke of Wellington’s army of 68,000 men. Wellington had British, Dutch, Belgian, and German soldiers on his side, and expected 45,000 Prussian soldiers to join him in the attack.

Napoleon sent a division to chase the Prussian troops and delayed attacking Wellington until midday. The earlier-routed Prussians arrived in force by evening to join the fight, and Wellington ordered his soldiers to attack as well. The French army was defeated.

The crown coins are available in Uncirculated copper-nickel or Proof .925 fine silver versions.

The Uncirculated coins have an unlimited mintage and retail for $16.95 each or $33 for the pair.