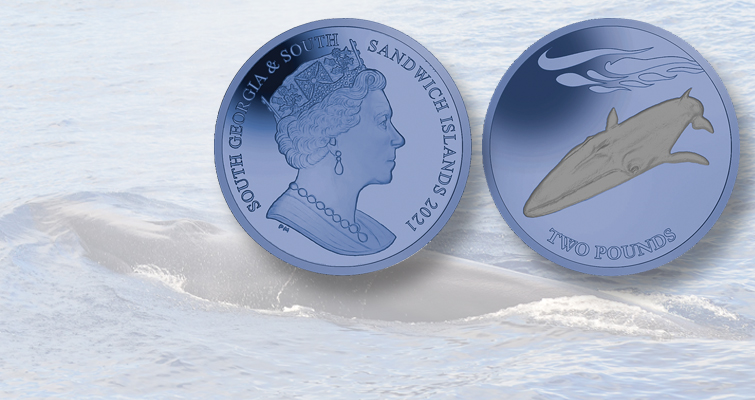 The fin whale (Balaenoptera physalus) is the second largest animal in the world after the blue whale. It is the fasting swimming of all the large whales and is often called the “greyhound of the seas.”

The streamlined shape of this mammal enables it to swim at speeds of up to 30 kilometers per hour. The species is widely distributed in both hemispheres but, depending on the season, is more common in temperate waters and the Arctic and Antarctic, where it feeds during spring and summer before migrating to temperate waters in the winter, where it mates and calves.

Two versions of the coin

The design shows a fin whale swimming in Antarctic waters. The whale itself is depicted in the natural color of the titanium metal, replicating the gray color of the species, while the heat-treated titanium in the background appears in dark blue.

The coin is also available in an Uncirculated copper-nickel version.

The obverse of the coin carries the exclusive Pobjoy Mint effigy of Queen Elizabeth II.

Due to the difficulty of striking titanium coins and the fact that titanium reacts differently with every strike, each coin is technically different from all others, making each coin one-of-a-kind. A lined effect on the coins is unique to titanium.

The titanium coin measures 36.1 millimeters in diameter and weighs 10 grams. It has a mintage limit of 5,000 pieces, is packaged in an acrylic capsule in a red box with a certificate of authenticity, and is priced at $59 each.

The copper-nickel coin weighs 28.28 grams and measures 38.61 millimeters in diameter. It has a mintage limit of 10,000 pieces, is shipped in a blue presentation pouch, and priced at $15.95 each.

For more information, or to order, visit the Pobjoy Mint website, www.pobjoy.com. 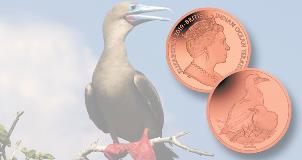 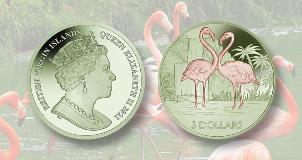 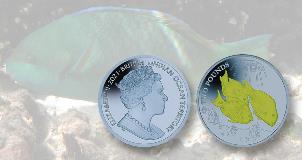