Platform off coast of England serves as home to Sealand 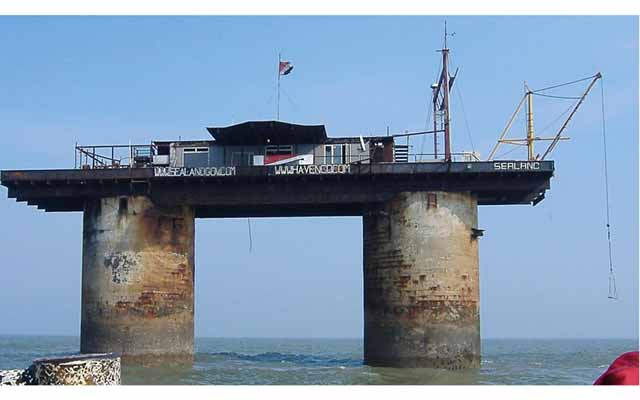 In 2006, the top platform of Roughs Towers, Sealand, caught fire. This image captured the scene several months after the fire. 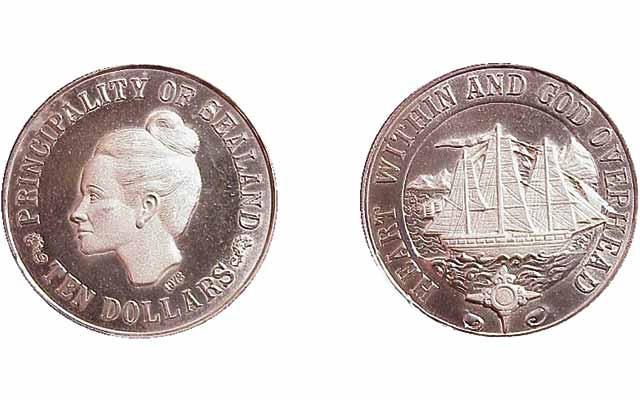 The earliest “coin” from Sealand is the $10 issue from 1972 that shows Princess Joan, in an effigy reminiscent of that later used by Monaco to honor Princess Grace.

Editor's note: this is the third part of a series by Jeff Starck exploring "coins" of unrecognized states. The feature appears in the August monthly issue of Coin World.

The most famous unrecognized state probably is Sealand, founded as a sovereign principality in 1967 in international waters, six miles off the eastern shores of Britain, according to the official website.

“Prince” Roy Bates and “Princess” Joan Bates are the founding monarchs, but Prince Michael succeeded the throne in 2010 upon his father’s death.

A 1968 British court decision upheld Sealand’s independence as the judge held that Roughs Tower stood in international waters and did not fall under the legal jurisdiction of the United Kingdom. This gave birth to Sealand’s national motto of “E Mare Libertas,” or “From the Sea, Freedom,” according to Sealand’s website.

The founders operated a pirate radio station as a revenue source, until the British government opened the country up to commercial radio.

According to Anderson, “Sealand now hosts Internet services for those who want their Internet activities to be beyond the reach of any national government.”

Sealand was also the site of an attempted takeover in August 1978, when Bates’ son Michael was taken hostage by German and Dutch mercenaries hired by Alexander Aschenbach, the reputed prime minister of Sealand. The takeover failed and Michael was released.

The first coinage issue of Sealand, in 1972, features Princess Joan on the obverse and a sailing ship on the reverse.