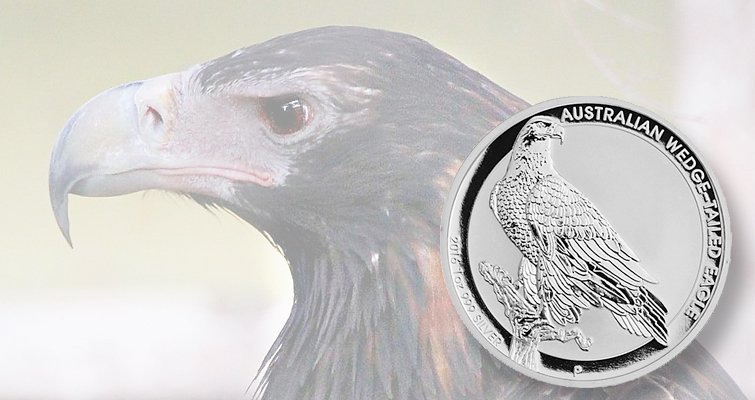 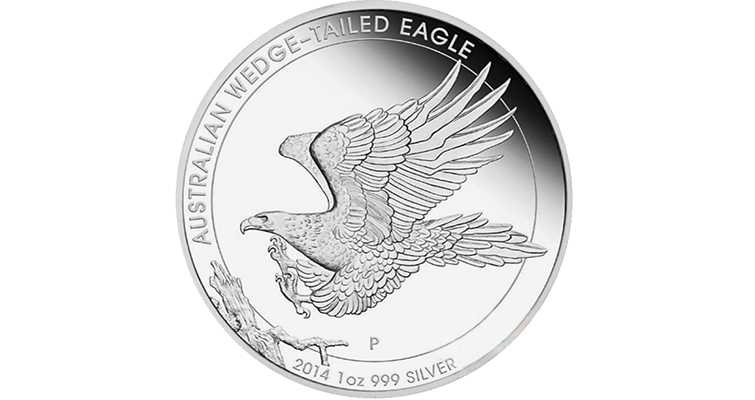 The 2014 Wedge-Tailed Eagle 1-ounce silver bullion coin was the first coin released in the series minted by the Perth Mint. 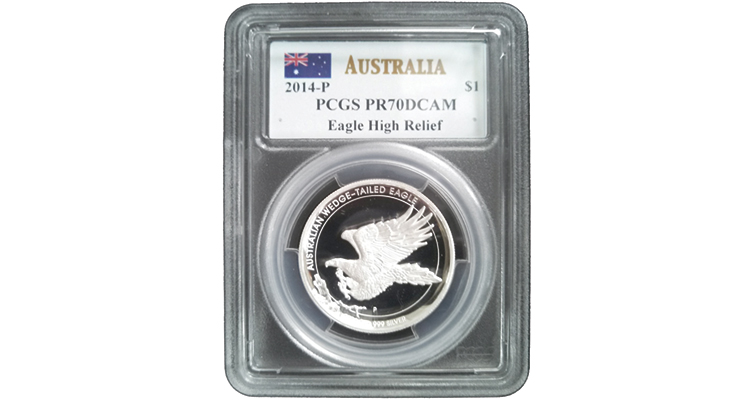 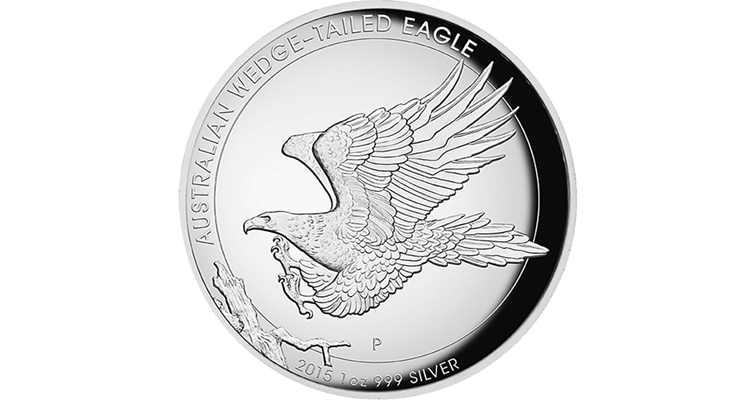 The 2015 Wedge-Tailed Eagle silver bullion coin has an unlimited mintage. 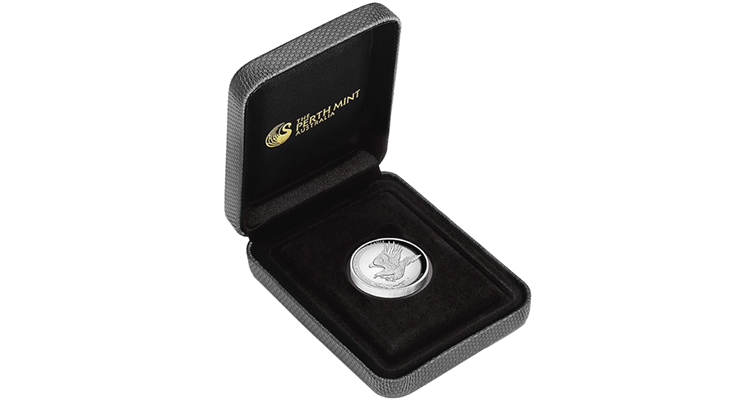 The Proof 2015 Wedge-Tailed Eagle high-relief coin is depicted in its original government packaging. 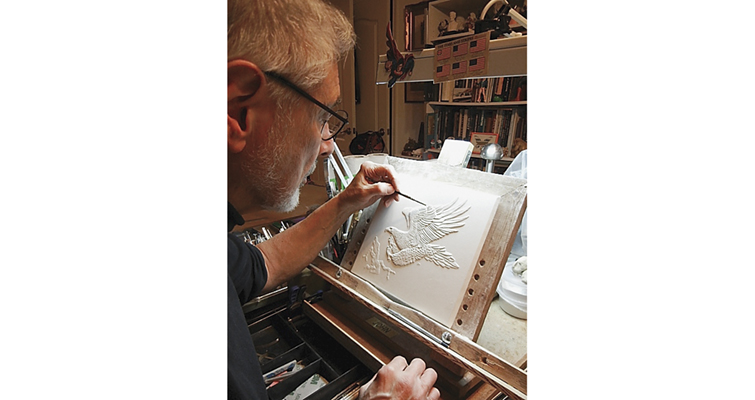 John Mercanti, former chief engraver of the U.S. Mint, at work on the 2014 Wedge-Tailed Eagle design. 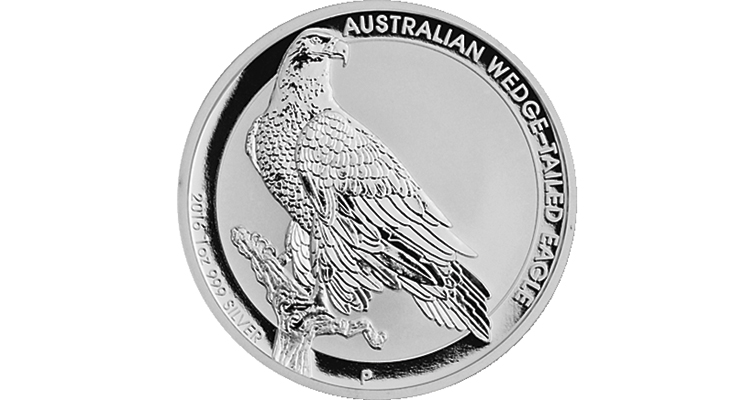 The 2016 Wedge-Tailed Eagle silver bullion coin has just been released. 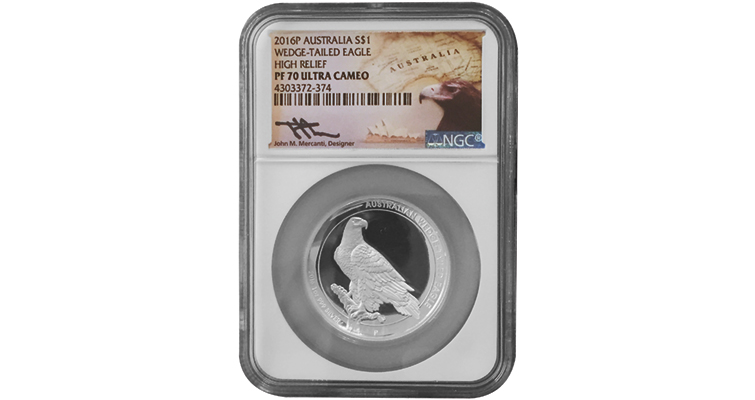 In January 2014, the Australian answer to the American Eagle silver dollar was born: the Wedge-Tailed Eagle.

The Wedge-Tailed Eagle is an ongoing series of bullion and collector coins minted by the Perth Mint in Western Australia.

This variety of eagle is the largest bird of prey in Australia and gets its name from its prominent wedge-shaped tail. Known as “wedgies” in Australia, these birds of prey are similar in many ways to North American bald eagles in appearance and symbolism. Both birds are raptors that feed on other animals and both are symbols of power and strength. In fact, wedgies are the symbol of the Australian national defense force.

Wedge-Tailed Eagle silver coins quickly emerged as one of the most popular world coin series over the course of the past two years.

They are produced in a wide range of sizes, finishes, and reliefs, and gold and platinum versions are issued in addition to the silver ones.

All of the coins carry the traditional P Mint Mark for the Perth Mint and an obverse that depicts the Ian Rank-Broadley effigy of Queen Elizabeth II.

The most widely purchased and collected silver versions are the 1-ounce bullion coin and Proof high-relief coin.

The reason these coins have been so popular and have such great appeal all over the world comes mainly from two, related factors.

One is the stunning design of the coins that has received universal acclaim from the time it was unveiled, and the other is that the design is the creation of John Mercanti, the 12th chief engraver of the United States Mint.

Mercanti is best known as the designer of the reverse of the American Eagle silver bullion coin, and, according to the Perth Mint, he also designed more coins for the U.S. Mint than anyone else. The fact that for the first time an American designer created a coin for the Perth Mint is significant, especially since the largest segment of the demand for these coins comes from U.S. buyers.

In addition, the entire series was created through collaboration between the Perth Mint and Asset Marketing Services, a Minnesota-based company that handles the initial distribution of the various versions of the coins, making them available first to American buyers and selling the vast majority of the coins in Professional Coin Grading Service holders signed by Mercanti.

In late 2015 Mercanti signed a deal with Numismatic Guaranty Corp. to hand-sign labels exclusively for that company, so starting with the 2016 issues, they being sold by Asset Marketing Services in NGC holders.

Each version was subsequently released in Australia and other countries as ungraded examples, typically several months or more after the U.S. release, and at lower price points than the graded coins, especially the 70-graded coins.

Under Australian law, 10 percent of the mintage of all Australian coins must be reserved for domestic buyers.

For the 2014 and 2015 issues a superb, finely-detailed image of a majestic wedge-tailed eagle in flight with its wings spread appears on the coins’ reverse. Then at the start of 2016, a new design was unveiled. This time the eagle is resting, perched on a tree after it has landed.

In addition, the new design has a larger field because the eagle does not take up as much of the reverse side as it did with the previous design.

The Perth Mint told Coin World that further design changes will come in the future.

Collectors appear to have embraced the new design, but the longer-term impact of the change on sales and collector interest remains to be seen. Some buyers prefer continuity in design, while others embrace changes.

During 2014 and 2015 when the design did not change, buyers often said that with so many different versions of the coin, it would be nice to see a different design to keep things interesting.

The Perth Mint is known for being responsive to customer concerns, and it appears the 2016 design was a response to those who wanted to see something different.

Mintage levels have also been increased since the series was launched.

In 2014 the bullion version was limited to 50,000 coins, but since then the mintage for those coins has been unlimited. In June of this year, Perth plans to announce the number of 2015 coins sold. Prices for the 2014 coins have risen because they are seen as a key date due to the limited mintage.

There is also a Proof regular version that has a mintage of just 5,000 coins that some collectors see as the sleeper within the silver part of the Wedge-Tailed Eagle series.

And the other silver version, which is more expensive than the others but very popular, is the Proof 5-ounce high-relief coin, with an amazing depth of relief that brings out the beauty of the design in a way the other versions are not able to.

Collectors will be eager to see the 2016 design in this version, which will be released later in the year.

The 2016 silver bullion and high-relief Proof coins are currently being sold exclusively by GovMint and ModernCoinMart, which are both divisions of AMS. 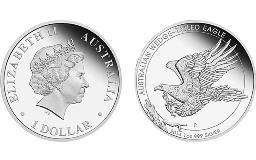 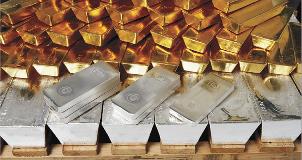 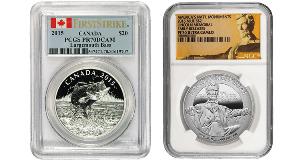