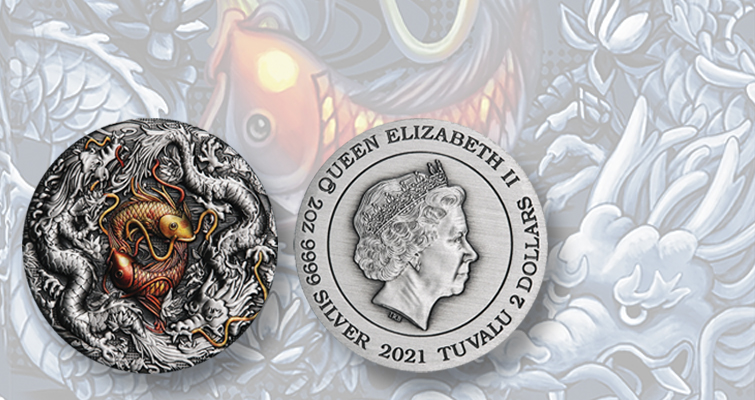 Chinese symbols feature on a 2021 silver $2 coin from Tuvalu issued by the Perth Mint.

The Double Dragons and Koi Fish Yin Yang coin has an antiqued finish and is in ultra high relief. Rich in Chinese cultural references, the coin’s highly symmetrical design portrays two golden koi poised in the configuration of a yin yang (or taijitu) symbol and encircled by two serpentine-shaped Chinese dragons in a design from Perth Mint artist Natasha Muhl.

No legends appear on the reverse of the piedfort (double thick) coin, to heighten the drama of the Double Dragon design.

The transformation of koi fish into dragons is symbolized by the interconnection of their colored whiskers. The background depicts floating clouds, which are associated with deities, and lotus flowers, symbols of purity.

This portrait, wearing a tiara and pearl earrings, was executed by sculptor Ian Rank-Broadley.

The legend QUEEN ELIZABETH II, the date and the denomination also appear. The legend 2 OZ 9999 SILVER describes the weight and purity.

According to ancient Chinese mythology, a school of golden koi fish swam up a fast-flowing river, full of rocks and other obstacles, to reach a legendary mountain waterfall known as the Dragon Gate. The waterfall towered over the river, and defeated almost every koi’s attempts to scale its elevation. Despite the seemingly impassable height, one koi’s repeated efforts to reach the top eventually proved successful. In recognition of its determination and perseverance, the gods turned it into the most auspicious creature in Chinese culture: the dragon.

In traditional Chinese culture, the dragon is revered as a divine creature and potent symbol of power, strength, wealth and good fortune.

Koi are traditionally associated with happiness and harmony, and are often used as a good luck symbol for a happy marriage. In feng shui, the yin yang symbol represents the balance between the positive and negative energies within “chi,” which in Chinese tradition is described as the vital life-force of all living things on Earth.

In keeping with its ancient themes, the coin’s finish is antiqued by hand, giving each a unique finish conveying the surface abrasions of an aged artefact. As a result of this treatment, the appearance of each coin may vary.

It has a mintage limit of 888 pieces and retails for $189.95, with quantity discounts available.

The coin is housed inside a taupe leatherette, clamshell-style presentation case and protected by a full-color outer box. An individually numbered certificate of authenticity is included.

To order or learn more, visit the distributor’s website, www.talismancoins.com. 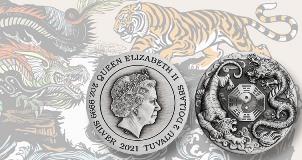 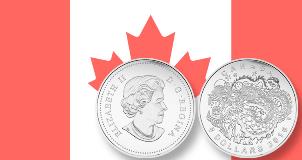 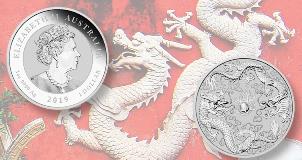