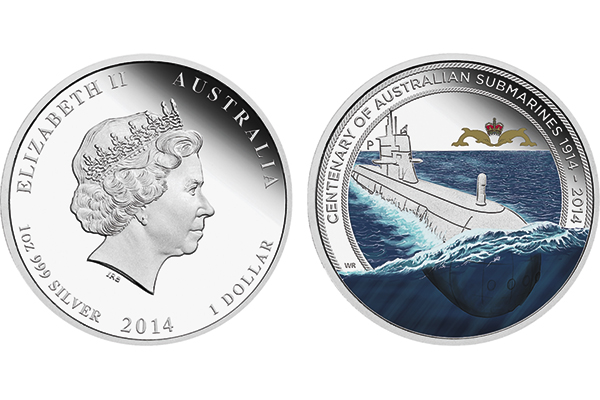 A new Proof silver dollar coin from the Perth Mint commemorates the centennial of the Australian Navy’s submarine service. 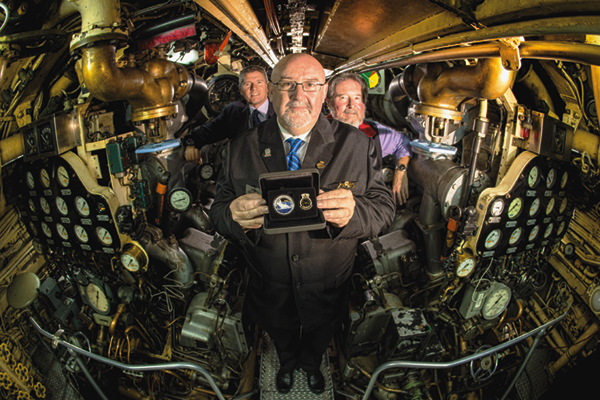 Steve Davies, Darren Thompson and Bob Trotter, of the Submarine Association of Australia, stand in the Engine Room of HMAS Ovens at the Western Australia Maritime Museum in Fremantle, Perth. 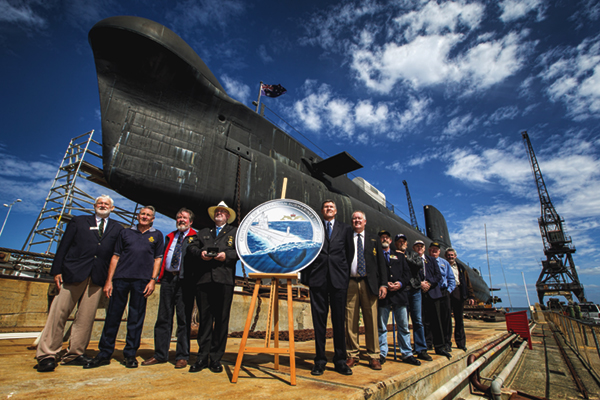 Members from the Submarine Association of Australia unveil the design for a new collector coin with HMAS Ovens as the backdrop at the Western Australia Maritime Museum in Fremantle, Perth.

One hundred years ago, the Royal Australian Navy launched its first submarines. On April 1, the Perth Mint launched a new Australian collector coin to commemorate the milestone.

Aboard the Oberon class submarine (entered service in 1969) HMAS Ovens, now a museum ship in Fremantle, the Perth Mint unveiled the design for the new Proof .999 fine silver dollar coin, nearly a full century after the first two submarines were delivered to Sydney on May 24, 1914. The first two submarines, British-built E-class vessels HMAS AE1 and HMAS AE2, debuted as part of a substantial upgrade of Australia’s fledgling naval fleet.

Australian submarines operate in international waters and under air space controlled by other countries, using the element of surprise, while avoiding detection or causing diplomatic incident, the Perth Mint said. They are a key component of the Royal Australian Navy and the Australian Defence Force at large.

“Unheard and unseen is the submariner’s motto, and here at the Perth Mint we are proud to mark 100 years of their silent service with an Australian legal tender coin,” he said.

“Silent Service” is incorporated three times as edge lettering on the 1-ounce coin.

The reverse of the coin features a colorful representation of a submarine cruising through the ocean. The ocean is portrayed as breaking through two concentric circular ropes, which are derived from the Royal Australian Navy Submarine Service ship’s badge.

The dolphins and crown emblem in the center of that badge also appears in the coin's design, with the inscription CENTENARY OF AUSTRALIAN SUBMARINES 1914 – 2014 and the Perth Mint’s “P” Mint mark.

The commemorative coin is accompanied by an enamel badge replicating the official insignia of the Royal Australian Navy Submarine Service, and incorporating the maxim SUBMARINE FORCE AUSTRALIA SILENT SERVICE.