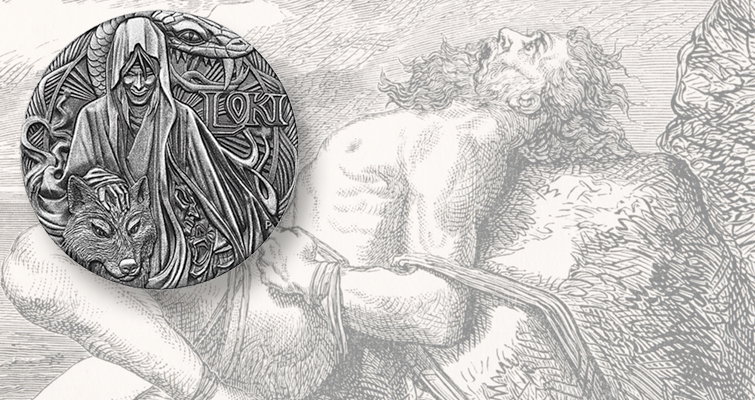 According to ancient Norse mythology, Loki is the god of fire and a cunning shape shifter, appearing in the form of a seal, a salmon, a mare, and a fly, among others.

Now, Loki is appearing as a coin, the third release in the Perth Mint’s Norse Gods series in conjunction with Tuvalu.

The reverse of the coin depicts Loki wearing a cloak that is turning into smoke at the edges. He is accompanied by the serpent Jormungand and the wolf Fenrir.

The design (by Ing Ing Jong) also includes three masks representative of the many forms Loki takes on as a shape shifter. The inscription LOKI, and the Perth Mint’s traditional P Mint mark also feature in the design.

The obverse of the coin portrays the Ian Rank-Broadley effigy of Queen Elizabeth II, the denomination, and the 2016 year-date.

To capture the depth and detail of the design, the coin is struck in high relief in a rimless format, complemented by its Antique Finish.

The coin is housed in a square wooden display case with stunning engraved detail on its lid, and packaged in a themed shipper. The coin is accompanied by a numbered certificate.

Talisman Coins offers the coin for $129.95 U.S. To order, visit the distributor website. 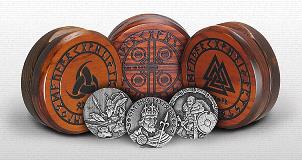 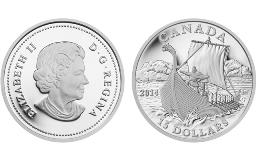 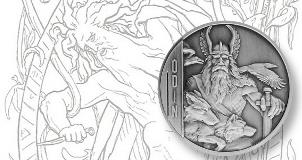