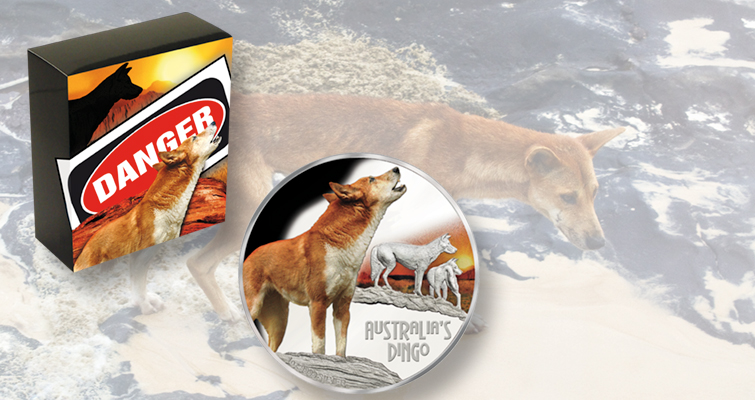 The latest Proof Deadly and Dangerous silver dollar from the Perth Mint and Downies showcases the dingo.

The feral dog known as the dingo lives up to its reputation as a “deadly and dangerous” animal of Australia.

The deadly predator is showcased on the newest Proof Deadly and Dangerous silver dollar from Downies. Like the other coins in the series, it is struck by the Perth Mint.

The coin “deftly captures the beauty and power of one of Australia’s most enigmatic creatures,” according to Downies.

Dingoes are deeply embedded within Australian culture and have been for thousands of years.

Indigenous Australians were sometimes even buried with their canine companions. Dingoes are famous both in Australia and abroad: an estimated 500,000 tourists are drawn to Fraser Island annually, where Australia’s purest dingo population resides.

The dingo has a lean, agile body and enterprising mind. Its fighting resilience and carnivore diet have led to some fascinating faceoffs with its prey, which is predominantly the kangaroo.

The Proof 1-ounce silver dollar from Tuvalu features a “photo-realistic reverse design,” according to Downies.

“With the warm gold and dusky russet tones of this image, we’re immediately transported to the Australian Outback: dry and unforgiving, but hauntingly beautiful. The howling animal is given pride of place in the foreground. In a visual twist, another appears in the background, but in relief. A pack-mate, or another lone ranger? You decide.”

The coin is housed in Deadly and Dangerous themed packaging and accompanied by a numbered certificate of authenticity.

To learn more, or order the coin, visit Downies website. 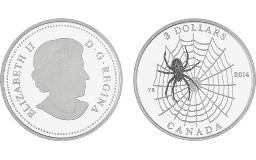 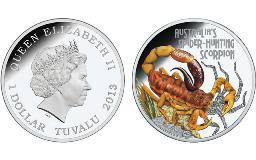 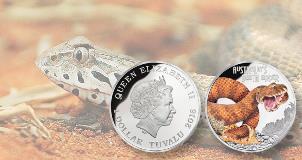