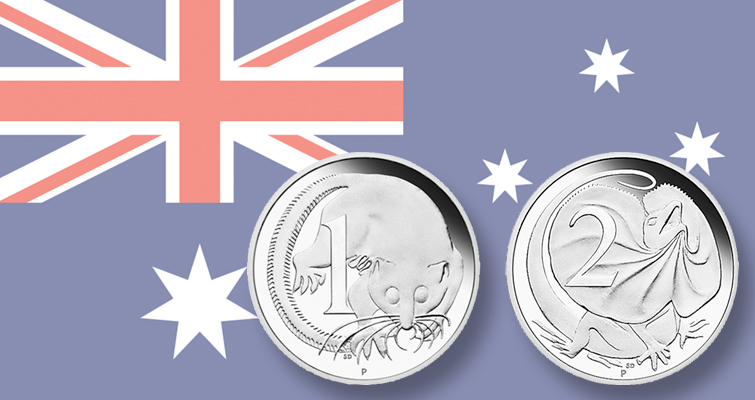 The Perth Mint celebrates the 50th anniversary of the decimalization of Australia’s currency by issuing 1-ounce silver versions of the 1- and 2-cent coins that were launched 50 years ago on Feb. 14, 1966.

Fifty years ago on Feb. 14, Australia began issuing decimal notes and coins, marking the end of its British currency system based on pounds, shillings, and pence.

To celebrate the 50th anniversary of this seminal moment in Australian coinage history, the Perth Mint has issued two 1-ounce silver coins showcasing the 1- and 2-cent coin designs of 1966.

Six denominations were part of the first decimal coin release in 1966, all designed by Stuart Devlin.

The Perth Mint was instrumental in producing much of the low-denomination coinage for Australia’s conversion to decimal currency in February 1966, including the 1- and 2-cent coins, striking nearly 105 million coins across both denominations in the year leading up the decimalization switch.

The Perth Mint’s P Mint mark also appears in the reverse designs for the 2016 commemoratives.

The Ian Rank-Broadley effigy of Queen Elizabeth II, the denomination, the coin’s weight and fineness, and the 2016 year-date are shown on each coin’s obverse.

The coins each weigh 31.135 grams and measure 40.6 millimeters in diameter.

The 2016 commemorative coins are issued in the name of Tuvalu, and are available only in a two-coin set, with mintage limited to 2,000 sets.

The coins are housed in a classic display case. Also inside the case is a pouch containing original 1- and 2-cent coins, one of each. The case is packaged within an illustrated shipper and is accompanied by a numbered certificate of authenticity. 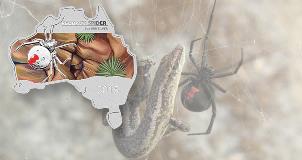