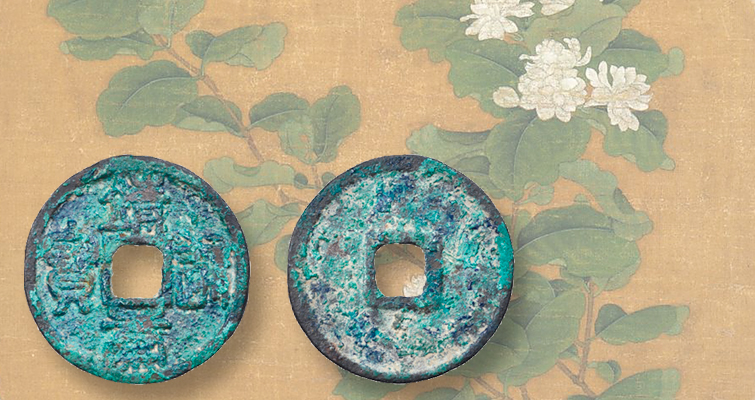 A circa 1126 iron 3-cash coin was issued during the short reign of Northern Song emperor Qinzong.

A Chinese pattern from the 12th century is a highlight of Stack’s Bowers and Ponterio’s Hong Kong auction.

The sale is scheduled for Dec. 8 to 15 at the Mira Hong Kong.

The undated (circa 1126) iron pattern 3-cash coin was issued in the Northern Song Dynasty, during the one-year reign of Emperor Qin Zong who went into exile in Manchuria the following year upon the invasion of the Jin Dynasty, according to the auction firm.

The inscription on the coin can be transliterated to “Jing kang tong bao,” meaning “currency of the Jin Dynasty,” and the inscription style is said to reflect the emperor’s actual handwriting, according to the National Museum of China.

“It was cast during the reign of the Northern Song emperor Qinzong but, owing to the emperor being on a campaign to the northern regions for 16 months of the Jing kang period, the number of coins cast during this reign period was very small, and the subset of Jing kang tong bao coins even fewer,” according to the museum website, http://en.chnmuseum.cn/.

The coin is graded Very Fine by the auction firm, but it features a “heavy dark green patination without any attempt to improve the appearance,” the firm reports. It is “a coin of great historical and numismatic significance.”