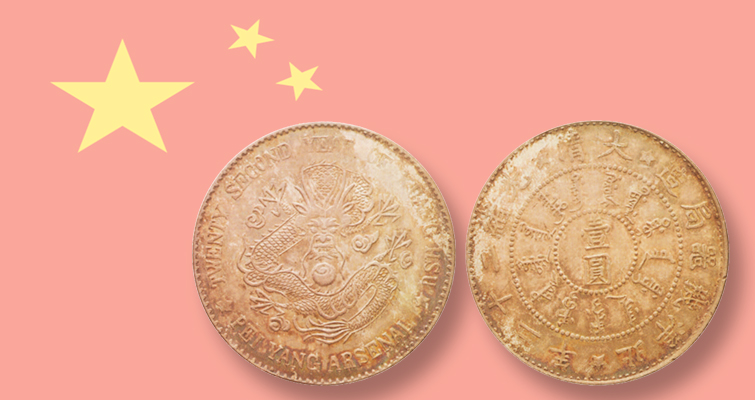 The finest known 1896 silver dollar from Chihli Province is only better than the next finest known by one grade point, being graded Mint State 63 by Numismatic Guaranty Corp.

But that one point translated to $111,836, according to Michael Chou, director of Champion Hong Kong Auctions, which sold this finest (MS-63) example during its Aug. 22 auction for $345,000, including the 21 percent buyer’s fee.

The Howard Bowker benefit auction realized $1,299,463.20 U.S.; everything in the sale came from the Howard Franklin Bowker East Asian Collection. According to Chou, all proceeds from the auction are designated for the promotion of numismatics, including digitization and education projects. A portion of the proceeds will be granted to the National Numismatic Collection at the Smithsonian’s National Museum of American History.

Champion has sold parts of Bowker’s collection during the past few years, donating pieces of the collection to museums in China and raising money for the Smithsonian.

The customer from Taiwan was at the 2016 auction and was the underbidder as the lot sold to a floor bidder from Hong Kong.

“Many of Bowker coins are in the top level of preservation and with excellent eye appeal,” Chou told Coin World before the sale. “This is a great opportunity to add these coins to a Chinese collection.”

The Chihli silver dollar features a distinctive dragon design (with long horns and a large head) that was employed for only one year, on all coins struck in Chihli. These coins were struck at the Peiyang Arsenal Mint in Tientsin and are dated Year 22 of the reign, which is 1896. The 1897 and later coins have a different style dragon.

Several other identifying design elements distinguish the Year 22 coin from later issues, notably the denomination is listed in English as ONE DOLLAR instead of the more common 7 MACE 2 CANDAREENS used by all other mints.

It is unclear who provided the minting equipment and dies for these coins. According to the catalog, it’s possible that the dies were made in Japan but no evidence to support this has been discovered (though later dies for Tientsin coinage were produced in Japan).

In total, 3,000 examples were struck, most likely late in the year, according to Champion.

Its scarcity and condition combine to make the coin one of the top in the Chinese series; it ranks No. 19 in the Top Chinese Coins – Silver Coinage book published by Champion, based on surveys of experts. 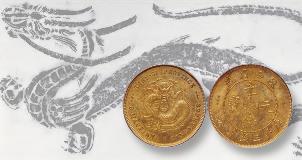 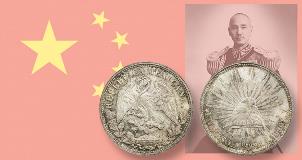