On the edge of modernity 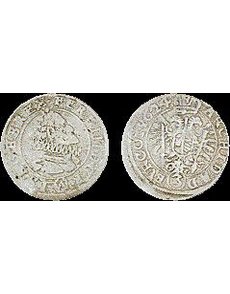 Small hammered silver Austrian kreuzers from the 1600s like this 1624 3-kreuzer piece are available in the $15 to $45 range in VG to VF condition. 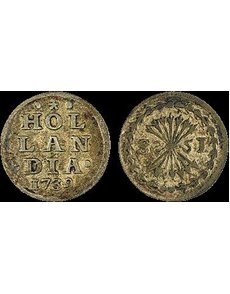 When the 1739 Hollandia coin, above, was struck, Holland was the wealthiest and most important province in what was then called the Dutch Republic. 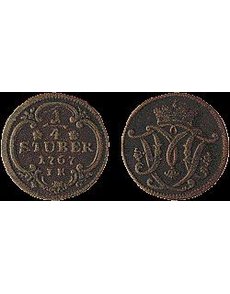 Small 1767 copper quarter stuber is from the German state of Cologne. 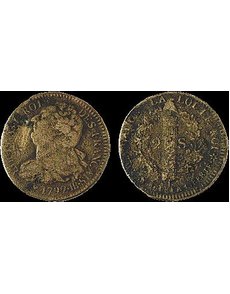 Large bronze 2-sol coin was minted in 1792, one year before the man shown on the obverse, King Louis XVI, was executed by guillotine. 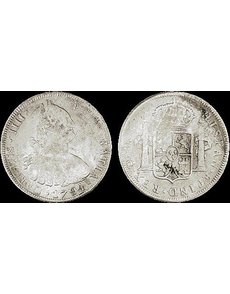 When Mexico struck this 91 percent silver coin in 1794, the 8-real piece was the most widely recognized coin in the world. It is also called America’s first silver dollar. 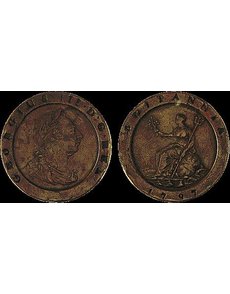 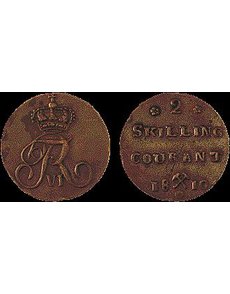 As the value of silver and copper rose and fell, the Norwegian 2-skilling coin went back and forth between being a silver coin and a copper coin. 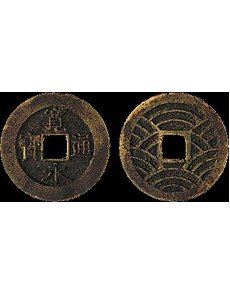 Brass Japanese cash coin from 1768 is known as a Wave coin. The 11 Wave variety is more common than this 21 Wave variety. Both versions are very affordable at less than $5 each in VF condition.

The world’s coins began their transition from hand-hammered and cast to machine-made beginning in the 1600s. This is one reason coins from the 1600s to the 1800s, from the end of the Middle Ages to the beginning of the Victorian period, are so interesting.

Definitions vary somewhat from scholar to scholar but an ancient coin is usually defined as one struck before 500 A.D., a medieval coin between 700 A.D. and 1600 A.D., and a modern coin, from the mid-1600s to the present day. In Europe, the screw press and the coin rolling-mill appeared in the mid-1500s, and the level coin press and steam-driven press in the early 1800s. But all struggled initially for a foothold in coin making.

Austria embraced the roller press striking process and the screw press machine after 1650, which was actually earlier than many other European nations. The small hammered kreuzer coins of the early 17th century were among the last of that nation’s hand-made coins. Like so many hammered coins, they are very thin. They also remain affordable. A 1624 Austrian States 3-kreuzer coin, for example, bearing the visage of Holy Roman Emperor Ferdinand II, sells for between $15 and $45 today in the Very Good to Very Fine grades.

A century after Austria went high-tech, primitive coin-making machines were being used throughout Europe. The Dutch stuiver of the early 18th century is another example of an affordable small silver coin from the early modern period. In 1739, it took 20 stuivers to equal one gulden. Nowadays they can be purchased for as little as $15 apiece. Examples from the Province of Hollandia are particularly common because in the early 1700s, Holland was the wealthiest province in the Netherlands.

Germany is also an affordable source of coins from this period but it can be a challenge to discern the name of the German state to which an unattributed 18th century coin belongs. The owner of a copper 1767 quarter stuber took a short cut to identification by typing the coin’s text into Internet and eBay search boxes. It wasn’t long before she found a photo of a similar identified and graded example from Cologne. Double-checking with her coin catalog confirmed Cologne as the correct German state.

Cash coins from Asia did not change much during the period of time when machinery was taking over in Europe. These were the copper, iron and brass cent equivalents, with square holes in the middle, that were made with a casting process. A favorite Japanese type from the 18th century is the beautiful Wave coin, cast for a century beginning in 1768. Most cash coins lack a design so the Wave coin stands out in both 11- and 21-wave varieties.

Copper coins were very common at the start of the modern era, but often exchanged places with silver as the health of the economy dictated. The Norwegian 2-skilling coin is a good example of this. From 1701 to 1807, and from 1825 to 1871, it was made of silver and was the about the size of a U.S. dime or smaller. But in between those periods, from 1810 to 1834, the 2-skilling coin was made of copper and was roughly the size of a U.S. quarter or a little larger.

The late 1700s was also the age of the huge copper coin. The 34-millimeter 2-sol piece was the largest bronze coin made in France when it appeared in 1791. However it underwent a major design change after 1793. This was soon after the king featured on the coin, Louis XVI, was executed by guillotine.

Russia and Great Britain are probably most closely associated with the late 18th century copper giants. The 1797 British 2-penny coin, at 56 millimeters, was just a bit larger and heavier than the 5-kopek coin of Catherine the Great, at 41 millimeters. Nicknamed the cartwheel, the twopence was the brainchild of Matthew Boulton and his new steam press. These huge 2-penny coins are no longer inexpensive to own, but they remain popular for their unique size and for the monarch that appears on the obverse. He is none other than George III, who lost the 13 American Colonies during the Revolutionary War.

Boulton’s coins were not the only ones made outside of the United States with an important link to American history. Our first widely circulating dollar was a Mexican coin that was legal tender in the United States of America until 1857. When the 8-real coin was being minted in the late 18th century, it was the most widely recognized coin in the world. It is often called America’s first silver dollar. ¦