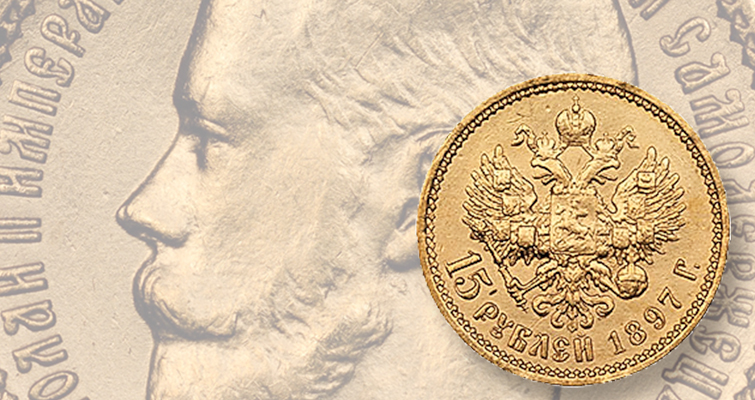 This 1897 gold coin from Russia tops NGC’s list of 25 world coins most frequently targeted by forgers. 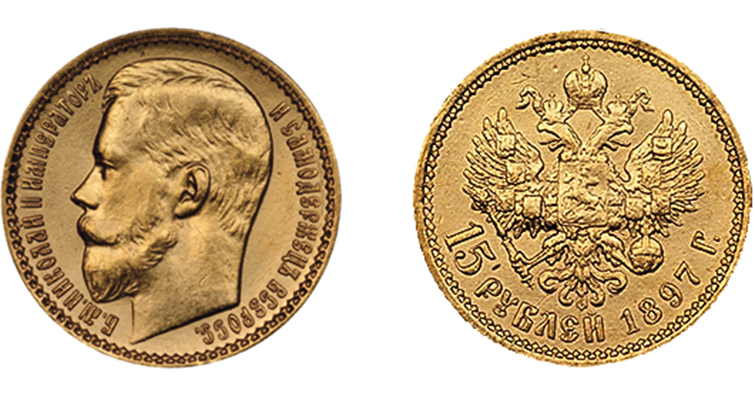 Russia’s 1897 gold 15-ruble coin shows Nicholas II on the obverse and a crowned double imperial eagle on the reverse.

The online resource contains comprehensive information about the most common forgeries submitted to NGC. Making the list are 50 U.S. coins, 25 Chinese coins and 25 world coins. The database houses high-quality images of the counterfeit coins featured, detailed diagnostics for each coin and links to more than 100 NGC counterfeit detection articles.

Despite its mintage of 12 million pieces, the Russian coin atop the list of 25 world counterfeits is a strong forgery candidate due to its high value, according to NGC. Transfer-die counterfeits of this coin are among the most common, according to the NGC resource, so collectors and dealers should look for repeating depressions — indentations appearing on multiple coins in the exact same locations.

Included in the list of 25 other world coins most counterfeited are six coins from Great Britain, as well as coins from Canada, Eritrea, French Indochina, Japan, Iran, Italy, Korea, Russia, Saudi Arabia, Turkey and Vietnam.

NGC's graders have identified more than 100,000 counterfeit and altered coins since 1987.