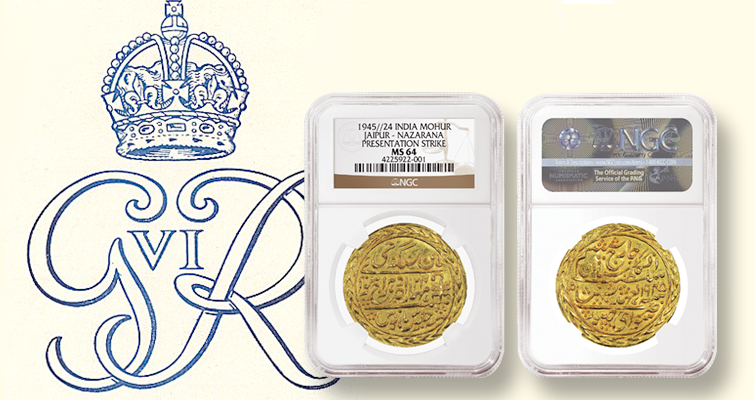 A rare presentation gold mohur of Jaipur, issued in 1945 during the reign of George VI, has been certified by Numismatic Guaranty Corp.

Numismatic Guaranty Corporation has certified an extremely rare Year 24 (1945) gold mohur of Jaipur India and it has been graded NGC Mint State-64.

Issued by Jaipur in 1945, this Nazarana Mohur is struck in gold from silver Nazarana rupee dies.

A “nazarana” is a presentation issue. Nazaranas were struck in limited numbers and this specimen is one of just a handful of Nazarana Mohurs struck during the reign of George VI.

Jaipur was a princely state in India that was allowed to maintain some independence by the British Government of India. The maharaja remained in power although the British had ultimate authority. Jaipur was authorized to issue coins for the State of Jaipur, which it started to do during the reign of Queen Victoria. These coins featured both the name of the British monarch and the local ruler of Jaipur in its written script.

Nazarana coinage was issued by the princely states for special occasions such as gifts, festivals, and weddings. The coinage could circulate like any other monetary issue at that time. Production dwindled during World War II, however, and nazarana issues, particularly those in gold, were struck in extremely limited numbers.

This NGC MS 64 example is the first of this rare date Nazarana Mohur to be certified by NGC. It will appear in an upcoming Stephen Album Rare Coins sale.

For information about the auction firm, visit its website. 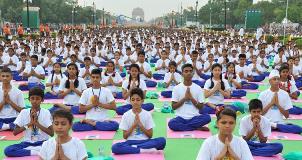