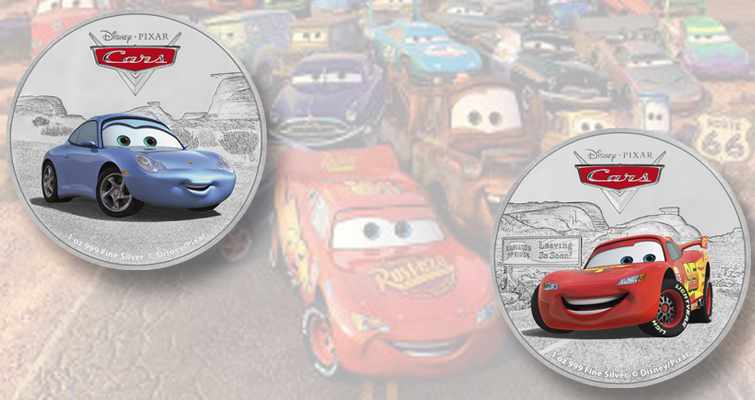 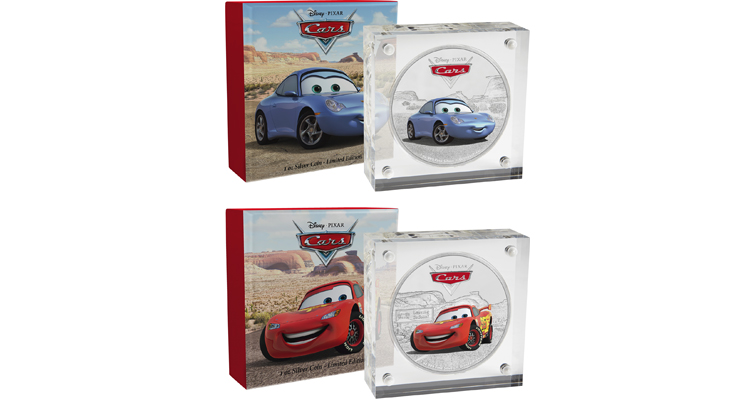 Both coins are individually packaged in a perspex coin case, which fits inside the Cars themed outer packaging. The individually numbered certificate of authenticity is contained within packaging.

Lightning McQueen is a fierce and fast rookie race car who is “driven” to succeed.

However, on his way to compete in the big Piston Cup Championship in California, he accidentally finds himself stranded in a quiet, run-down, desert town, Radiator Springs. Over time, Lightning McQueen warms to the small community and its unique characters, who help him discover that some things are more important than trophies, fame, and sponsorship.

McQueen is stylistically based on the Chevrolet Corvette C6.

On the reverse of the coin, Lightning McQueen appears against a desert scene with a Radiator Springs town sign to his left.

The character Sally grew tired of her life in the fast lane as a high-powered attorney in Los Angeles and chose to make a new start in Radiator Springs.

Charming, intelligent, and witty, she became the town attorney. She also became the resident most dedicated to preserving the town’s historical beauty. She even bought a motel and restored it to its original condition, and she doesn’t plan to stop there. She’d fix the town building by building if that’s what it took.

Sally’s purple body graces the reverse of the coin, with the Cars movie logo above.

Both coins are individually packaged in a perspex coin case, which fits inside the Cars themed outer packaging. The individually numbered certificate of authenticity is contained within the packaging.

The 1-ounce coins measure 40 millimeters in diameter and have mintage limits of 10,000 pieces each.

Other characters in the film franchise include Doc Hudson, the town judge, as a car based on the 1951 Hudson Hornet, and the tow truck named Mater, inspired by a 1950 International Harvester. However, the New Zealand Mint has not announced future themes of coins in the series as of press time March 17. 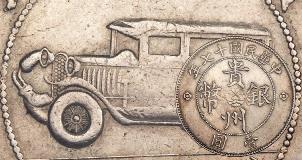