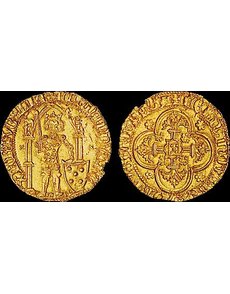 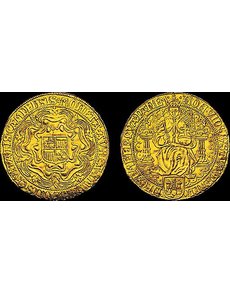 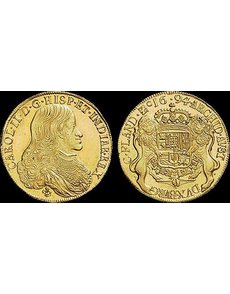 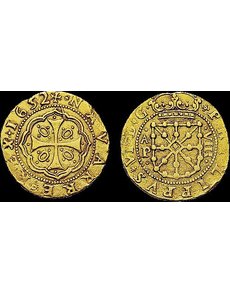 Coins from the famed Archer M. Huntington Collection of Hispanic Coins continue to enter into the marketplace.

Officials representing auction firms Jean Elsen, Numismatica Genevensis and Morton & Eden have confirmed plans to sell coins that were once in the 37,895-piece collection.

The entire collection was originally sold March 8 by its owner, the Hispanic Society of America, in a single, sealed-bid sale. A consortium of buyers placed the winning bid, and since have been selling the coins both in private transactions and public auctions. The first public auction of coins took place June 26. More recently, Numismatica Ars Classica scheduled a sale for Oct. 17.

More than half of the 37,895 coins have already been bought by a private individual and anonymously placed on long-term loan to the American Numismatic Society, where the coins had resided since their namesake placed them with the institution decades ago. When the ANS moved, an agreement with the collection’s actual owner, the Hispanic Society of America, was voided, and the coins were returned to the HSA.

London auction house Morton & Eden announced plans to offer approximately 500 Portuguese and Portuguese colonial coins from the collection on Nov. 13, at an auction estimated to realize about £500,000 (about $809,542 U.S.).

A group of nearly 1,500 Spanish colonial coins will be offered in an auction early in 2013, a representative for the firm said.

Highlighting the Nov. 13 auction is a “beautiful” and unique variety of the excessively rare half dobra pé terra from the Lisbon Mint, dating from the reign of Fernando I “the Handsome” (1367 to 1383), who is seen on the obverse, wearing armor, and holding a sword and shield.

Five examples of the half dobra pé terra are reported, in three different design variations; two of the design varieties have a plain central escutcheon on the reverse (two examples are recorded of both varieties), and the offered variety has a pointed escutcheon, which is described as unique.

The half dobra pé terra is very seldom if ever offered for sale, according to Morton & Eden.

A dobra pé terra dating from the same period, also from the Lisbon Mint and bearing a similar medieval portrait, is another highlight from the Huntington Collection.

Another highlight is the fourth known example of a circa 1383 gold real (tornés), which was struck in Santarém for D. Beatriz, “the Pretender.”

Beatriz was the only surviving child of Ferdinand I and, at 11 years old, married John I of Castile in May 1383. When her father died in October of 1383, Beatriz’s mother was controversially proclaimed Regent. John I of Castile invaded Portugal in December 1383 with the aim of claiming the crown of Portugal in his wife’s name, leading to the war of 1383 to 1385. Castile was eventually defeated, and John of Aviz became King of Portugal.

Historians are still divided over whether Beatriz was correctly a reigning monarch, and she is usually known as “Pretender.” Throughout John of Castile’s lifetime he and Beatriz continued to use the titles King and Queen of Portugal. She died in Castile in 1410. The few coins struck in her name were presumably issued in the last months of 1383.

The four examples of the coin known to exist have minor variations to the ends of the legend on both sides. The coin from the Huntington Collection is one of two known of the variety; the other example, described as “About Very Fine,” was sold in a Spink Taisei auction in Zurich on June 9, 1993, for 140,000 Swiss francs.

Because three different die pairs were used to strike the coins, researchers believe the coins were not struck for only a suggested coinage, or as presentation pieces, but were intended to be a major coinage, of which few examples survive, according to the firm.

While those three lots generate the headlines, many of the lots from the Huntington Collection will be affordable to nearly all collectors, according to the firm, with some estimates in the low hundreds of pounds.

Later in November, Numismatica Genevensis SA will offer a large selection from the Huntington Collection, including siege coins and coins from the Netherlands, the French city of Besançon, the German States and the rest of the world.

The offering from the collection features approximately 300 siege coins issued across a nearly 200-year period.

According to a statement from the auction house, “The richness and range of offerings is hard to believe, and with many rare pieces offered in the triple-digit ranges, even the collector of more modest means can get in on the action.”

Leading the Huntington Collection lots in the NGSA auction is a gold 8 souverains d’or from Flanders, minted under Charles II in 1694.

Among the nearly 50 lots of coins from Besançon (with estimates ranging from 200 Swiss francs to 10,000 Swiss francs) is the unique 1664 double ducat of Charles V (Charles I of Spain).

The coin is listed as F-75a, though the coin’s existence is listed in that reference as unconfirmed. The next edition of the Friedberg book will reflect the confirmation of its existence, Arthur Friedberg said.

The coin in the NGSA auction is graded EF with an estimate of 10,000 Swiss francs (about $10,652 U.S.).
The auction will offer other Huntington Collection coins from the German states, the Habsburg Empire, Great Britain, Russia, Brazil and many more. Further details about the contents were unavailable at press time.

The auction, the firm’s seventh overall, is scheduled for Nov. 27 and 28 in Geneva.

Philippe Elsen, of the Belgian firm Jean Elsen & ses Fils, confirmed that the firm’s 115th auction, scheduled for Dec. 8, will include coins of the Spanish Netherlands from the Huntington Collection.
A highlight is the gold double rose noble (sovereign) from Kampen.

Undated, the coin was struck circa 1600 and meant to imitate the English sovereign of Queen Elizabeth, according to the Friedberg catalog, where it is classified as F-155 and noted as “very rare,” which usually in the catalog indicates fewer than five examples known. An EF example sold in a 2001 auction in the Netherlands for 46,000 Swiss francs.

A highlight from the silver section is the Uniedaalder (or Union daalder) of Groninger Ommelanden, issued by Friesland when the area between the Ems and Lauwers rivers were in rebellion. Dated 1579 and struck at the mint in Appingedam, the coin is “of the greatest rarity.” The coin is graded Good VF.

Email the auction business at info@elsen.eu, or visit its website, www.elsen.eu, for more information.
Jesus Vico

Jesus Vico, the firm that conducted the first public auction of coins from the Huntington Collection earlier in 2012, conducted a second such auction Oct. 9. All 1,326 lots in the auction have the Huntington provenance.

Final results were not available at press time, but some individual prices for highlights are available.

Leading the auction was the unique 1652 gold 8-escudo coin of Pamplona, the only 8-escudo piece struck at that mint, according to the auction house.

Another highlight that drew interest equal to its estimate was the 1613 silver 50-real coin (cincuentin) from Segovia.

The giant silver cincuentin coins (measuring some 76 millimeters in diameter and a weight of 171.5 grams) were not provided for in the monetary system, but were created from 1609 to 1682 to be used as gifts and to mark state visits by high-level European personalities.

This issue marks the royal visit of King Phillip III, his son the Prince of Asturias, daughter Ana (later Anne, Queen of France) and the other children of the king, among other relations.