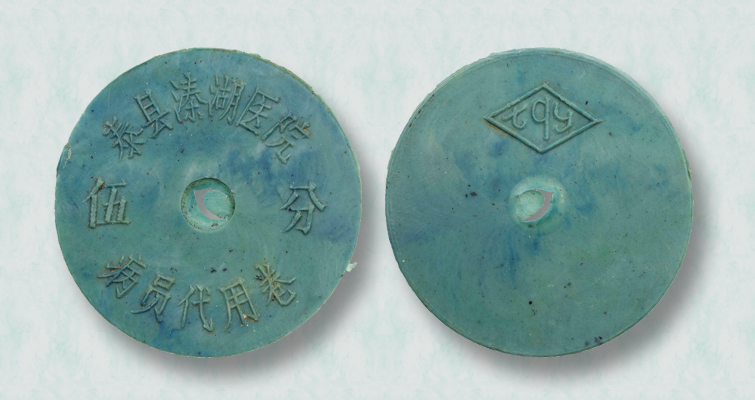 A rare plastic 5-fen token from a leprosy hospital in China is in Stephen Album Rare Coins’ Sept. 16 to 18 auction.

When collectors think of leprosy tokens and coinage, it may be easy to assume that all these items are relics of the past, their use ended with the routing of the now outdated stigma associated with people experiencing the disease.

The item is an opaque light blue plastic 5-fen token from China, issued circa 1980 for use in the Qinhu Leprosy Hospital in Jiangsu Province, a coastal Chinese province north of Shanghai.

The token is one of five listed for China in The Numismatic Aspects of Leprosy, by Roger R. McFadden, John Grost, and Dennis F. Marr, which was published in 1993.

“The People’s Republic of China may be the only country presently using special money for its leprosy patients,” the authors write.

The tokens described in the section for China in the book were obtained in 1985 from a doctor in China treating Hansen’s disease (as the illness is also termed).

“The tokens ... were in use in his hospital at that time,” according to the book. “Apparently tokens are used in other leprosy hospitals in China. Over 800 leprosy hospitals exist in China and the number of institutions that use money substitutes is unknown.”

According to documentarian Hong Mengxia, published at SixthTone.com (a website dedicated to sharing stories from China), “As late as 2011, for example, China’s national network of leprosy clinics, hospitals, and so-called leprosy villages were home to a total population of about 20,000.”

How many of those patients use substitute money is unknown. What is known is that the token in the auction is “exceedingly rare,” the firm said. 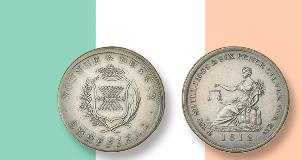 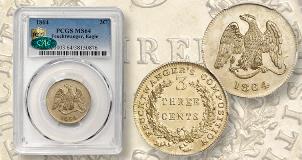 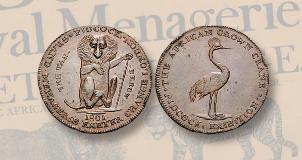