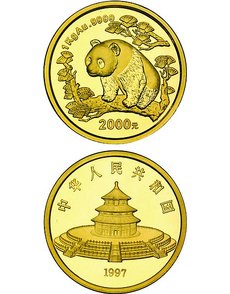 The world portion of the auction, which was conducted at the firm’s offices in Los Angeles, offered 939 lots of ancient Greek, Roman, Byzantine and Judean coins, as well as world gold coins, crowns and minors, and world paper money.

Otherwise leading the auction was the Cernunnos Collection, a Celtic coin collection more than 40 years in the making.

A highlight of the Cernunnos Collection was the gold stater of the Parisii people in north-central Gaul. The coin, which weighs 7.03 grams and measures 25 millimeters in diameter, dates to the late second to early first century B.C. In Extremely Fine condition, the coin realized $63,250.

Celtic, North Central Gaul, the Parisii, late second century to early first century B.C. gold stater, “one of only a handful of examples known for this short issue,” “struck on a massive flan,” Extremely Fine, $37,950.

Russia, 1728 Coronation gold ducat, Friedberg 87 (Gold Coins of the World by Arthur L. and Ira S. Friedberg), struck for Peter II, “only a few of them survived,” “slightly wavy flan,” About Uncirculated to Uncirculated, $51,750. ¦